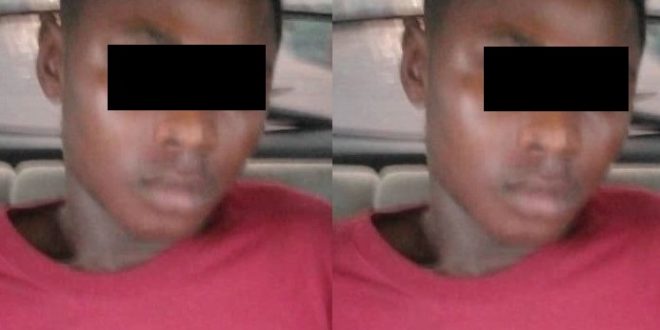 A 22-year-old man, Mawunya Francis has been arrested by the Awutu Bereku District Police Command while his accomplices are at large for killing an Okada Rider allegedly for rituals at Awutu Bontrase in the Central Region.

Information gathered indicates that Mawunya and his friends hired Kwabena Ogyam, the rider from Awutu Bontrase to Mfadwen but allegedly killed him and took both his body and the motorcycle away.

The body of the deceased is suspected to have been buried secretly by the suspect in bush.

The Awutu Bereku District Police Command had to fire shots on Thursday, July 7, 2022 night to disperse the angry crowd that had besieged the police station and were demanding for the suspect to lynch.

In an interview with Kasapa News Yaw Boagyan, the father of the deceased or missing boy, Kwame Darko revealed that the suspects told their friends that, they will kill somebody for rituals and use the money to buy a luxury car before the 2022 Awutu Awubia Annual Festival.

Meanwhile, some of the Okada Riders called on Police to come to their aid because of the increasing rate at which criminals are killing their colleagues.

They are calling on the Inspector General of Police to immediately support the District with adequate police Personnel.

Members of the community have promised to assist the police to hunt for the other accomplices.