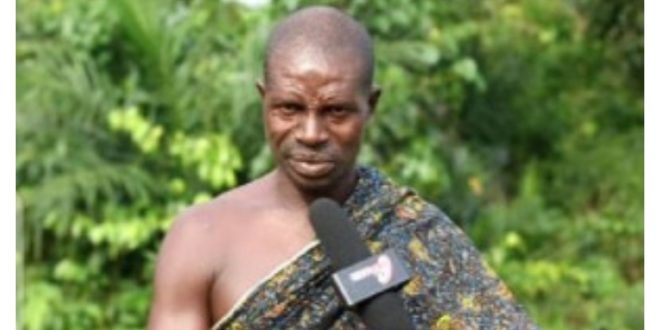 Share
Chief of Twifu Nsukesekyire in the Twifu Hemang Lower Denkyira District of the Central Region, Nana Yakubu I, has expressed disappointment over the abysmal performance of the Akufo-Addo led government.

He’s also accused President Akufo-Addo and the governing New Patriotic Party of deceiving he and his people.

According to the chief, President Akufo-Addo, and the Member of Parliament for Twifu Hemang Lower Denkyira Constituency who doubles as the deputy Employment Minister Hon. Bright Wireko Brobey ahead of the 2016 and 2020 general elections got the Community to vote massively for the New Patriotic Party(NPP) with the promise that should they come to power they will construct a Health Center for the community and provide good roads for the community.

According to the Chief, after seven years of the NPP coming into power, the community has witnessed no developments as promised.

According to him, he would have encouraged his people to vote massively against the NPP government if he knew they will be deceiving them and performing as poorly as they are.

Speaking in an interview with EIB Network Central Regional Correspondent, Yaw Boagyan, some of the NPP members in the community said they have regretted voting for President Akufo-Addo and the New Patriotic Party as they have failed to honour the promises made to the town.

They’re warning the MP and the NPP not to step foot in the community to campaign come 2024 election unless they’ve fulfilled their promise.