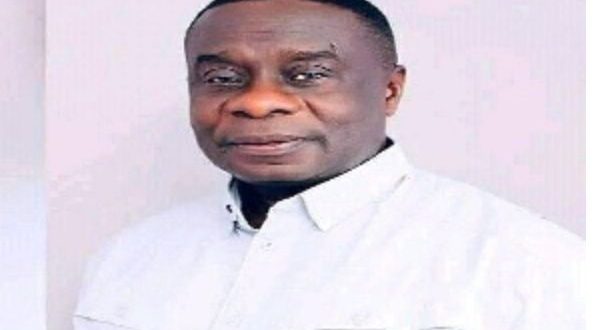 The Assin North Parliamentary seat was won by James Gyakye Quayson in the 2020 elections when he polled some 17,498 votes representing 55.21% against his New Patriotic Party (NPP) contender, Abena Durowaa Mensah who polled 14, 193 votes, representing some 44.79%.

Since then, questions about the eligibility of the MP to occupy that position has emerged, which case has progressed till date.

As it stands, the MP has been sent to court on three different occasions:

On December 30, a resident of Assin Bereku in the Central Region, Michael Ankomah-Nimfa, dragged the MP to court, after he was declared winner in the constituency’s election.

Ankomah-Nimfa sought to annul the declaration of James as MP for the area.

In July 2021, a Cape Coast High Court in the Central Region declared the 2020 parliamentary election held in the Assin North Constituency invalid.

The court presided over by Justice Kwasi Boakye on July 28 in its ruling, upheld that the National Democratic Congress’ 2020 parliamentary candidate for the constituency, James Gyakye Quayson, had breached provisions of the constitution with regards to dual citizenship.

The court maintained that as at the time of contesting for the position in the constituency, the MP was a citizen of both Ghana and Canada and therefore declared Quayson’s election as void.

The petitioner however filed another petition to the Supreme Court, seeking for an injunction to prevent the legislator from parading himself as MP for Assin North while the case remains in court.

He is also seeking an interpretation of Article 94(2)(a) of the 1992 Constitution which bars a person owing allegiance to another country from contesting as an MP, the same constitutional provision the High Court used to nullify the election.

This case is yet to be heard by the Supreme Court on Monday, March 29.

James Gyakye Quayson is also being charged by the Attorney General, with criminal offences in relation to his alleged dual nationality when he contested the 2020 parliamentary elections.

The Attorney-General (A-G) dragged Mr Quayson to the Accra High Court on five counts of forgery of passport or travel certificate, knowingly making a false statutory declaration, perjury and false declaration for office.

It is the case of the A-G that Mr Quayson allegedly made a false statement to the Passport Office that he did not hold a passport to another country when he applied for a Ghanaian Passport.

In addition, the A-G has accused Mr Quayson of making a false declaration to the Electoral Commission (EC) to the effect that he (Quayson) did not owe any allegiance to a foreign country when he filed to contest as candidate for the Assin North seat.

The embattled MP, after the judgement by the Cape Coast, declaring his election as void, filed an appeal at the Appeal Court to challenge the decision.
The written submission was to state the reasons for the appeal against the High Court ruling.

Per Rule 20 (1) of C.I. 19, an appellant before the Court of Appeal shall within three weeks of filing a notice of appeal, file written submissions.

According to Rule 20 (2), “Where the appellant does not file the written submissions of his case in accordance with sub-rule (1), the appeal shall be considered to have been struck out and the Registrar shall inform the parties accordingly.”

Does this mean an impending by-election?

Following all this, there have been suggestions of a possible by-elections in the area if the MP is stripped off his position by the court.

Speaking on the issue, spokesperson for petitioner Michael Ankomah-Nimfa believes that the decision by the Appeal’s court to strike out the MP’s appeal connotes that, the Cape Coast High Court’s judgement stands.

According to Richard Takyi Mensah, the decision by the high court to the effect that the MP’s election is void is now valid and applies because there is currently no other appeal to challenge that.

But a member of the New Patriotic Party (NPP) legal team, Gary Nimako Marfo however says that the ruling of the court may not necessarily mean there will be a by-election in Assin North until the Supreme Court makes a decision on a related case before it.

According to him, there will only be a by-election if Gyakye Quayson loses in the case where the petitioner sought for an interpretation of Article 94 at the SC.

“Some aspect of the case is in the Supreme Court. He took the case to the Supreme Court that he wants an interpretation of Article 94, on when an individual who has dual citizenship of Ghana and another country can file to contest in a parliamentary election.

“We will not be having any bye-election until the Supreme Court rules on the interpretation of Article 94 the MP has filed,” Garry reiterated.

Embattled MP can contest again if there’s a by-election – Amaliba:

Meanwhile, Private legal practitioner, Abraham Amaliba says the embattled MP is eligible for rerun for his constituency if the court declares his seat vacant.