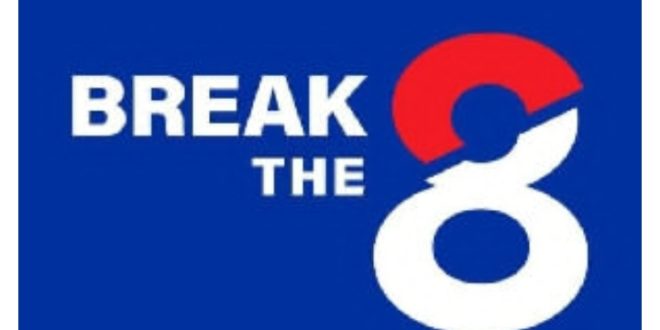 ‘Breaking the 8’ is a must despite fights – Ablekuma West MCE

Share
The Municipal Chief Executive (MCE) of Ablekuma West in the Greater Accra Region, George Cyril Bray, has said that the ruling New Patriotic Party (NPP) is poised to win the 2024 general elections regardless of the propaganda machinery by the opposition.

The MCE, who was speaking in an interview on Onua TV on Wednesday, March 16, declared victory for the NPP ahead of the 2024 polls, emphasizing that the ruling party has performed better than any other party that has ruled Ghana in the Fourth Republic.

He admitted that even though the party is faced with internal wrangling in ongoing polling station executive’s election, he is optimistic that the leadership of the party is capable of reorganizing and mobilizing the people to retain power.

“What is happening in the NPP is not new in politics but the fact remains that breaking the 8 is a must, whether we fight or not, even if we stab each other we shall definitely break the 8.

“So those outside the party who feel that we are fighting and therefore they can take advantage of the situation must know that we are a party which is capable of reorganizing the grass root to break the 8,” he added.

Meanwhile, Mr. Bray has challenged the NPP supporters to remain calm and report all grievances they have in the ongoing polling station executive elections to the appropriate quarters in the party to avoid further cracks.

He has stressed that ‘breaking the 8’ mantra of the party will only become a reality through loyalty, commitment and discipline to the cause of the party.

The MCE, however, has stated that the 2024 elections is unique and dear to NPP and the party leadership is ready to work harder in breaking the 8-year jinx for the first time in the history of Ghana’s democracy.

He has thus entreated all and sundry to keep trusting that NPP has the expertise to turn the fortunes of Ghana irrespective of the challenges confronting the globe as a result of the Covid-19 pandemic.