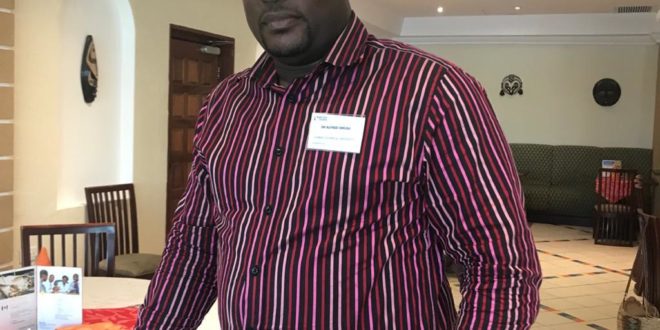 In 2008, Vice President Mahmdu Bawumia was named as running mate for the first time in Ghanaian politics.

He was maintained in 2012 when the NPP party did not win the elections. In 2016, Akufo-Addo still maintained Bawumia and they won the election by a huge margin, and Bawumia’s contribution was evidently clear. The NPP 2020 campaign was praised for its innovative use of technology and the way it created tools that engaged people with the campaign.

Many people praised the campaign: I honestly look at Bawumia’s campaign and I look at it as something that we can all learn from as marketers.

From an outsider’s view, it seems as though Bawumia’s marketing strategy was a big factor in winning the 2020 election. However, many political scientists predicted that NPP would win the election without even taking his marketing strategy into account. A lot of people were asking questions about the 2020 election, people were angry with the economy (the banking reforms), Agyapa Deal, Galamsey issues etc.

Yet the NPP managed to win the presidential elections by over 500, 000 (five hundred thousand) votes. The role of brand Bawumia in this victory was huge. His role in the Savana, Northern, Upper East, West and the North East regions contributed to the win. The story would have been different without Bawumia.

In order to understand how Bawumia transformed the NPP 2020 political campaign marketing and impacted positively on the results, we must understand the theories and practices of the field.

Campaign marketing is far more complicated than picking a campaign slogan and the right opinion on hot issues. It is a convoluted process that involves understanding the voters’ needs, communicating to the voters effectively, and persuading them to support the candidate and to vote on Election Day. This is what Bawumia did perfectly well in the regions mentioned above.

Political candidates are essentially in a marketing game: which candidate can convince Ghanaians voters that they are the better candidate to lead the nation for the next four years. Presidential candidates in particular must distinguish themselves from the competition by strategically branding themselves and their campaign platform.

Bawumia achieved this for the NPP through effective political marketing, especially in the five regions in the north. Political marketing is similar to marketing in the business world. Marketing is an exchange process centered on a seller (a business) who exchanges a product or service for money from a buyer (the consumer). It involves the process of creating, delivering, and communicating value and satisfaction for the purpose of making a profit by selling.

When applying marketing to political elections, the exchange process revolves around a candidate who offers political leadership in exchange for a vote from the citizen.

The campaign platform is the product, and research and polling help guide the strategy for marketing that product. The marketing strategy, however, spans beyond the campaign platform; it guides everything in the political campaign from the advertisements and slogans to where the candidate chooses to make personal appearances and what he decides to focus on in his speeches and debates. One of the most important functions of political marketing is to persuade and inform voters, rather than relying on voters to come to a political decision on their own, and this is what Bawumia did very well in the 2020 elections, he persuaded a lot of people, especially in the north, to maintain his party. In order to effectively accomplish this, parties and candidates must utilize market research to determine which factors will facilitate a connection between the voter and the candidate.

Market research includes polling, demographic research, and trend analysis in order to determine what the voter wants, develop a product that directly links to voter concerns, and promote the product in a way that appeals to the voter. According to Darren and Negrine, political marketing is about “being aware of what competitors have to offer, creating a brand that is positioned strategically between that offered by competitors and one that can credibly offer a range of deliverable “services” at the right cost that will appeal to a majority of voters.”

The process of turning a political candidate into a brand through political marketing is very similar to a major manufacturer developing a product based on consumer insight and competitive analysis, and then advertising the product to raise public awareness and desire for the product.

However, political candidates do not act on their own since they represent their political party. Historically, political parties ran elections by rallying their members around a set of distinguishing core ideals.  Politics was associated with ideas and ideologies and the real marketing battle was about getting out the vote, persuading and mobilizing voters was what Bawumia did perfectly well for the NPP especially in the northern regions in the 2020 elections.

The 2020 election marked a slim win for the NPP as it was the first election in which NPP emerged holding a slim majority  of one seat in parliament .i.e. ( Npp 137,Ndc 136 and Independent candidate 1) with one outstanding seat been contested. NPP parliamentary seats had dwindled in response to the continued imposition of parliamentary candidates, in fighting within the party constituency executives, influence of money etc. The next parliament is going to be interesting. We are waiting patiently to see what will happen.

The Bawumia’s campaign focused on appealing to the youth because he knew his message could capture the hearts of young voters who were ready to maintain the party. According to the research conducted by social science research department of Kumasi Technical University(KsTU) analysis of  National Election Pool exit polls, “without a doubt, the overwhelming backing of younger voters was a critical factor in Akufo-Addo’s victory.

Akufo-Addo drew greater number of the vote among those younger than thirty.

While this age group was among Akufo-Addo’s strongest four years prior, he drew a much narrower percent majority from the youth. Bawumia’s contribution cannot be overlooked in this area.

In fact, the youth so strongly supported Akuffo-Addo that for every one vote cast for John Mahama, two young people cast votes for Akufo-Addo. According to the certified result from the Electoral commission website, both the Northern and some part of the Volta, traditionally NDC strongholds, went blue because of the impact of Bawumia, especially the Northern regions.

Just in the four years between the 2016 and 2020 elections, youth voting participation increased at a significant rate: more Ghanaians under age of thirty voted in 2020 than in 2016. Thus, two important factors were at play in 2020: more young voters voted and the majority of young voters decided to support Akufo-Addo.

The youth came out to support Akufo-Addo for many reasons. One of the top reasons was the Free SHS. Most parents were struggling to pay their children school fees at Senior high school level and as a result, a lot of them were staying home.

Akufo-Addo understood these struggles and marketed himself as the candidate to represent the struggles of the youth, this was ably supported by hard working Bawumia.

His platform, which included economic policies that stressed higher taxes on the wealthiest brackets, and programs to help make SHS education free, appealed to the youth in the masses. Additionally, Akuffo Addo’s messages of hope particularly resonated with young voters which was championed by Bawumia very well. Most youth became politically conscious under the Akufo-Addo and Bawumia’s administration.

All of the components of Akuffo Addo’s marketing strategy worked together, creating a cohesive and coherent message. His online and social media strategies reflected his campaign themes “Leadership of service: Protecting our Progress, Transforming Ghana for All” Akuffo -Addo became the candidate of the people by using grassroots efforts grounded in social media, which in turn gave his supporters a sense of community which energized his campaign.

In all these, Bawumia played a major role. Akuffo-Addo expressed that the country needed to move on and his party needs to be maintained. This actually gave the people a way to come together to vote to maintain the NPP.

In conclusion, it is evident from the above discussions and from the 2020 election results for both Presidential and Parliamentary elections that brand Bawumia hard work in the Northern, Savannah, Upper East, and West and the North East regions contributed to Presidential and some parliamentary victory of the NPP. This confirms my earlier article about the positive influence of the down ticket (Bawumia) on the up ticket (President Akuffo-Addo) in the 2020 elections.