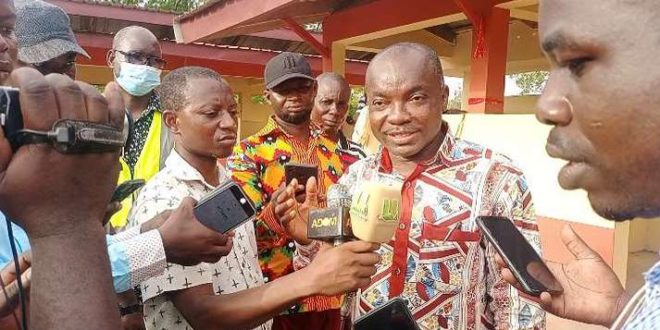 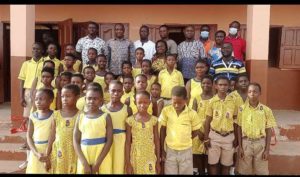 The residents in the communities expressed their appreciation to the government and Middle Belt Development Authority for the effective utilization of One Million Dollars per One Constituency fund to ensure and promote sanitation and quality education in the district.

And, on 16th March 2022, the Chiefs, Queens and people of Asekye, Ahyiayem, Bredi-Kontonso, Ayerede and its surrounding communities at Nkoranza North and South constituencies commended the Middle Belt Development Authority led by Mr. Joe Danquah for the massive development brought to the area and the Bono East since it started its operations. 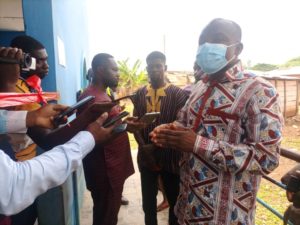 This comes after several developmental projects were undertaken in the area by the government over the period under the “one million dollar per constituency initiative” spanning from toilet facilities, classrooms blocks, markets centres, Astro Turfs, Durbar grounds, police stations, health facilities, hand pump boreholes, solar-powered water systems and among others.

Speaking at the commissioning of a 30-shed maize market and toilet facility at Asekye which will serve the communities in the area, Nana Poku Dankonto said, the pace of development in the area especially through the Middle Belt Development Authority is unprecedented and therefore thanked President Akufo-Addo for the initiative. 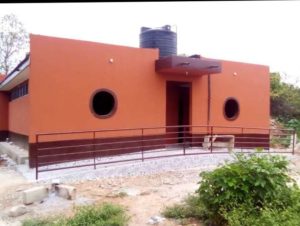 Mr. Joe Danquah, the Chief Executive Officer of the MBDA who embarked on a 2 day trip to the Bono East to inspect and commission various projects, said the Authority had undertaken needs assessment and it would construct classroom blocks, markets centres, health facilities and more public toilets in lacking communities to end open defecation for improved sanitation in those areas.

He explained the MBDA has so far handed over 13 toilets, 9 separate three-unit classroom blocks, markets centres, Community-based Health Planning Services (CHPS) Compounds at the cost of about GHC3million and spread across the region. 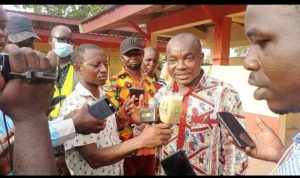 The MBDA CEO expressed his satisfaction over the work of some contractors, saying the Authority would meet with those contractors and see the way forward.

Mr. Danquah, therefore, tasked the consultants supervising the MBDA’s projects to monitor and ensure that contractors engaged by the Authority completed their work before they would raise payment certificates since the Authority will not entertain shoddy works. 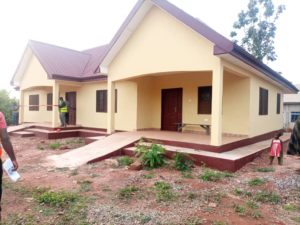 He also entreated the beneficiary communities to take good care of the facilities and advised opinion leaders to develop an interest in construction works going on in their communities and monitor their progress to ensure delivery of quality work to achieve value for money.

Mr. Joe Danquah also disclosed that Ghana is holding extensive agreement with Germany to export nurses to its health institutions, a move he said will provide opportunities for German health professionals to offer in-service training for the qualified, selected Ghanaian nurses to meet certain requirements. 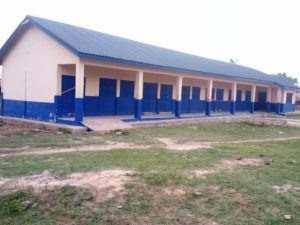 He averred that the Middle Belt Development Authority has constructed several Astro-turf pitches within its operational areas to promote sports development. These include the ongoing construction of AstroTurf pitches in Nkoranza, Atebubu and Kwame Danso in the Bono-East region. Adding that, he said the Authority is in the process of establishing cultural and art villages that would offer employable skill training to the youth.