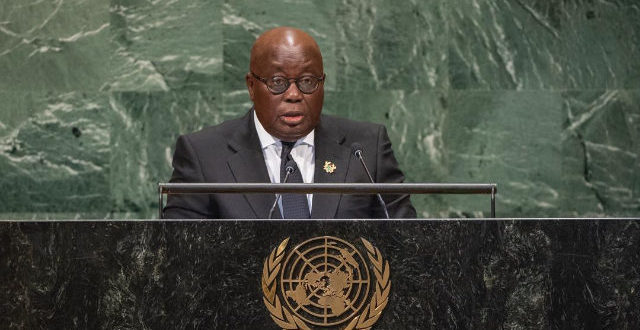 The president has likened the previous operations of the many dissolved financial institutions to that of a Ponzi scheme.

President Nana Addo Dankwa Akufo-Addo reiterated that his administration upon assuming power observed that many banks were in distress and had been kept on “unsustainable and artificial life support by the central bank.”

“The supervisory agencies were unfortunately not performing their duties and the governance and management structures of many of the banks were clearly not adequate. If truth be told, many of our financial houses were running what can only be called glorified Ponzi schemes and a delay of many depositors into these schemes.”

Akufo-Addo made the statements while delivering his last State of the Nation Address to the 7th Parliament, Thursday, January 5, 2020.

According to the president, the poor state of the banking and financial sector was the most difficult problem the government met on coming into office in 2017.

“…We were in a desperate situation and urgent radical measures had to be taken to prevent the collapse of the banking sector.” He noted.

However, Akufo-Addo indicated that the government had to quickly devise means to avert the situation before it collapsed the economy.

“The Bank of Ghana intervened, and has restored sanity to the sector, and, in the process, we have saved the banks involved and 4.6 million depositors’ funds. The government has had to find some twenty-one billion cedis (GH¢21 billion) to fund the cleaning up exercise,” the president explained.

He continued, “This exercise has enabled a more robust financial and banking services sector to emerge, the better to finance the rapid development of our nation.”