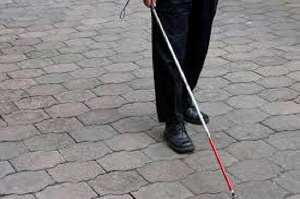 The Kumasi Circuit Court in December 2009, sentenced a 23-year-old blind man together with his accomplice to 60 months in prison for gang-raping a mentally challenged girl at Kwamang in the Sekyere Central District.

According to a report by the Ghana News Agency, the blind man together with 5 other boys who managed to escape, gang-raped the girl after she was lured into their room by another 14-year-old girl.

The young girl’s cry for help attracted the attention of some persons who came to her rescue. However, 5 of the boys managed to escape through a window leaving the blind boy and a 16-year-old boy behind.

A 23-year old blind man, who together with five other teenagers gang-raped an imbecile at Kwamang in the Sekyere Central District, has been sentenced to 60 months imprisonment in hard labour by a Kumasi Circuit Court.

One of his accomplices, Yaw Osei, aged 16, was convicted and remitted to a Juvenile Court for sentence.

The others, Kwadwo Asiamah, 19, Kwasi Akom, 20, Kwame Poku, and Cudjoe, are however on the run.

Police Chief Inspector Comfort Baffour-Kyei told the Court presided over by Mr Justice Emmanuel Amoh-Yartey that the victim and the rapists live in the same community.

At about 2200 hours on September 27, the victim visited a friend and whilst returning home, a 14-year-old girl baited her with a gift of mobile phone and asked that she followed her to the house.

The girl led the victim straight into a room and quickly left. Asamoah and his gang forcibly held her and took turns to sexually assault her.

Police Chief Inspector Baffour-Kyei said at a point she became tired and could no longer bear the pain. She, therefore, began shouting and this attracted some tenants in the house, who went into her rescue. Asiamah, Akom, Poku and Cudjoe escaped through a window, while Asamo= ah and Osei were arrested and handed over to the police.