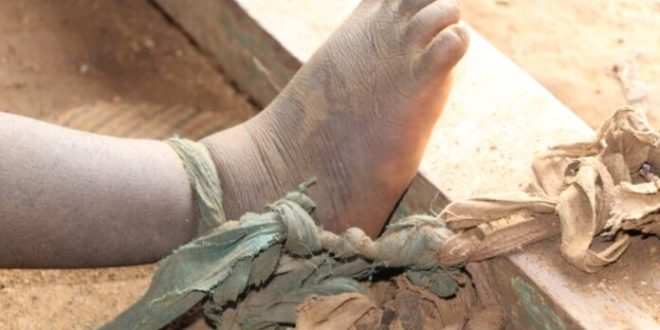 A 50-year-old visually impaired, Fuseini Yusuf, has been chaining his children who are suffering from speech and mental disorders at Akyem New Tafo in the Abuakwa North Municipality of the Eastern Region in order to keep them from trouble while he goes begging in the streets

Their mother reportedly neglected them in 2014 noticing the strange condition of her children leaving the burden of parenting of these children with disability to the visually impaired husband who has since been improvising to take care of the children.

“It is true, I got married and we gave birth to five children all of them being boys. Then after that there were a lot of problems were confronted with -all the children cant talk also they have mental so my wife decided to quit the marriage and leave us after she was advised by some people in the community, so she finally quit the marriage and left I and the five children”.Fuseini told Starr News Eastern Regional Correspondent Kojo Ansah.

He narrated further ” So far I know I don’t have family, even though my parents are dead long time ago but my other relatives have decided not to care about me any longer after they realised the kind of problems I am confronted with so I am the family myself and God is my helper and yourself who is now bringing out our problems to the entire world to help us. Even this building we are sleeping under can easily collapse and it will be a tragedy but we have no option now than to bear the risk of staying in this room. But I pray that one day God should let help reach us”. 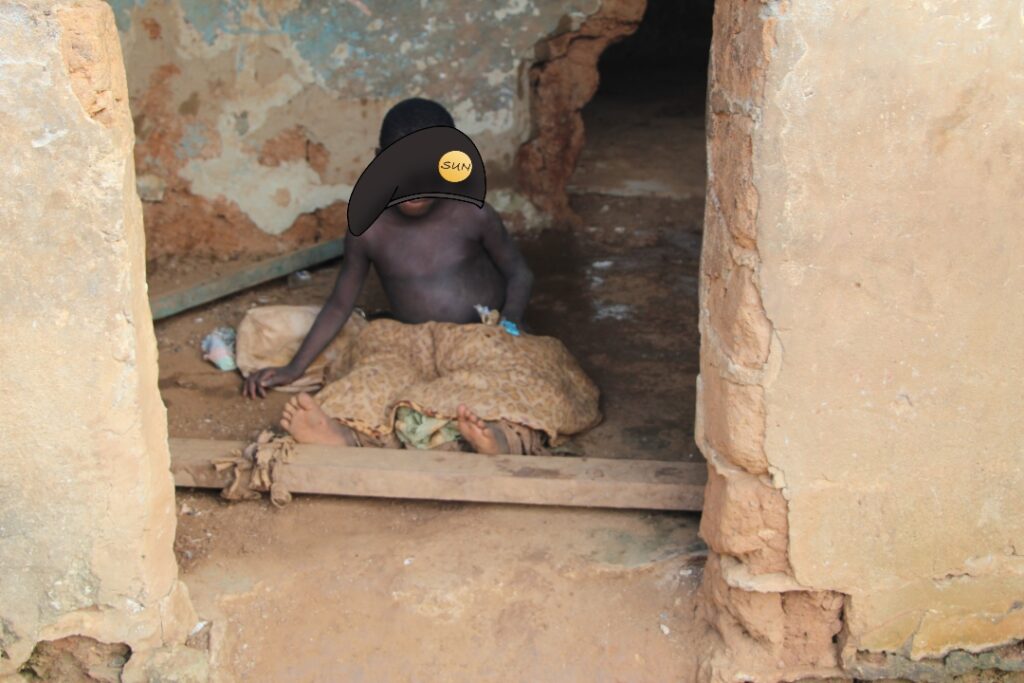 Apart from the 13-year elder son Amdani roaming nakedly on the streets of Akyem Tafo feeding on leftover foods, the rest of the children are tied to piece of wood, locked and starved in a dilapidated room by their visually impaired father whenever leaving the house to the streets to beg for alms to take care of them.

“I was a cobbler then but I stopped since things were not going on well with me due to my blindness and the work I do and decided to go to the side of the road to beg for money in order to cater for myself and the five children. One of my boys is now mad and is now wandering at the lorry station, but his madness is the mild type that he can easily be cured if little medication and attention is given to him”

Fuseini and his children are stigmatized and discriminated against by the house which they live and to large extend the community.

“people claim the family has been cursed and being bewitched for a since committed in the family. When I leave the children on the house by the time I come they have been beaten with sticks hence injuries all over their bodies reason why I chain and lock them”.

He, however, believes with the intervention of philanthropists and the state, the health of his children could be managed and dignifying life restored to the family.

“A certain Herbalist man from Awaso was here during a funeral ceremony who intend to help cure my boy but due to financial challenge to pay for the amount charged we were unable to attend to the man. I even sent him to social welfare but I was told that his condition was spiritual so I should take him to where they deal with spiritual matters”.

“You can see for yourself, this is the kind of unhygienic and poor shelter my children and I live. Now the only support I need is financial support that will help to be able to attend to any eye special clinic to get healed from my blindness since I was told by one eye specialist doctor that my blindness is curable. I am the one who takes care of the children now, I wash their cloth, I bath them, cook their food, in fact when you see me in the morning I look more like a woman”. 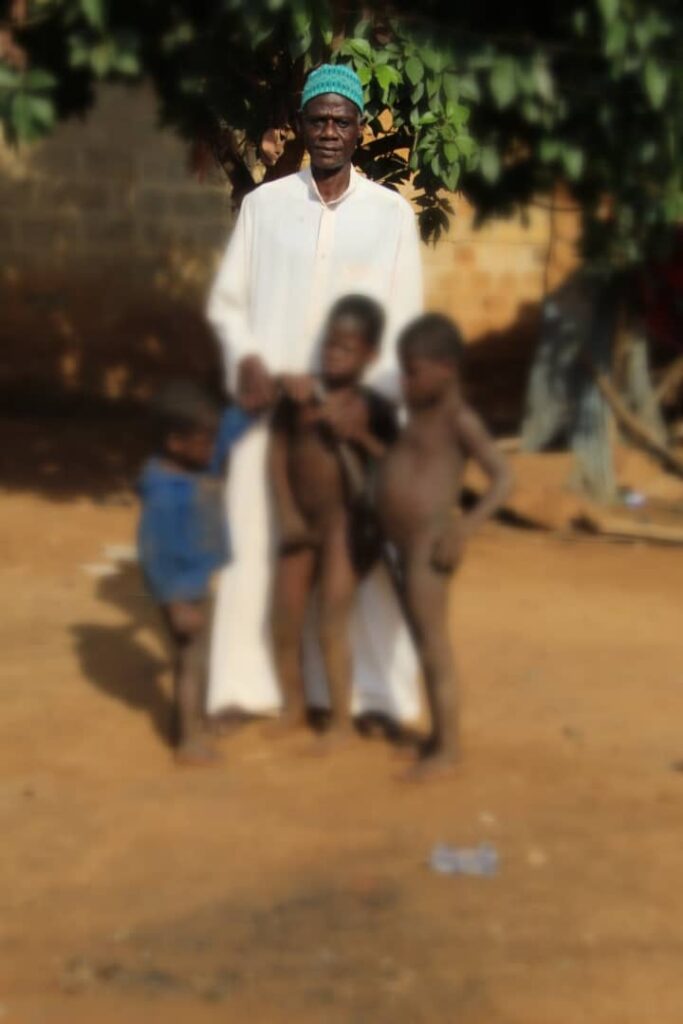 Meanwhile, the Department of Social Welfare in Abuakwa North has picked one of the children seven (7) year old to a social caregiver.

Until the intervention of philanthropists and the state, these children at Akyem Tafo will continue to live in dehumanized condition and deprived the right to education.