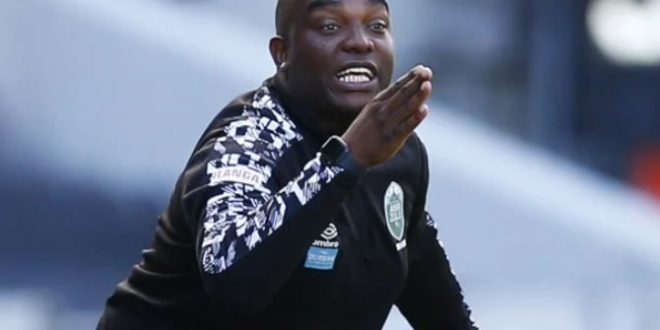 AmaZulu will hold onto McCarthy’s technical team that consists of Vasili Manousakis, Moeneeb Josephs and Siyabonga Nomvethe for the remainder of the season.

“AmaZulu FC and Benni McCarthy have mutually agreed to terminate their relationship with immediate effect,” the club said in a statement.

McCarthy, the all-time leading Bafana Bafana goal-scorer, took over as mentor in December 2020, less than two months after the Sandile Zungu claimed acquisition of the club.

The 44-year-old guided Usuthu to a surprising second-place finish in the 2020/21 Premiership campaign, securing their first taste of CAF Champions League football.

However, the 2021/22 season has been a roller-coaster for the KwaZulu-Natal outfit as they are currently placed ninth on the league table, amassing 14 draws, five victories and five defeats.

“I would sincerely like to thank the players and the fans for their support since I’ve joined AmaZulu,” McCarthy said.

“I feel privileged to have been able to make history with this club by taking them from the relegation zone to an unprecedented second-place position in the league last season.

“I wish the club all the best going forward as they build on this success.”

AmaZulu have also seen early knockout blows in the MTN8 and Nedbank Cup under McCarthy’s stewardship.

Continental football has not helped McCarthy either as AmaZulu are on the brink of exiting the tournament, despite having one game left in Group B of the Champions League.

McCarthy guided AmaZulu to two vital victories but suffered back-to-back defeats against Moroccan giants Raja Casablanca, including a loss to ES Setif which will see their African dream cut short.

AmaZulu return to action after the mandatory FIFA international break away to Horoya on Friday, 1 April.