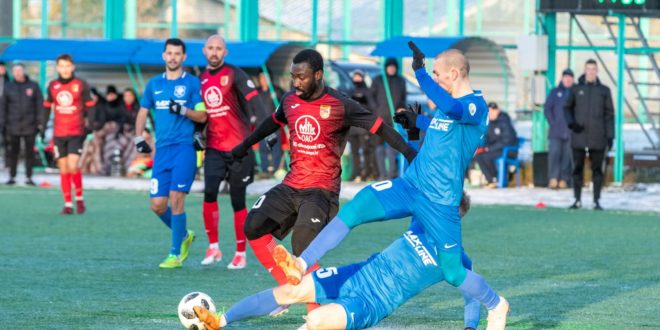 Share
Ghanaian International who plies his trade in the Belarus top-flight has helped his team to secure the 8th position.
Ghanaian International Dennis Tetteh has helped his team in the Belarus top-flight by his side beating Vitebsk 2-0 at the home grounds of Slavia Mozyr to escape relegation.
The former Ghana youth and Berekum Chelsea profilic striker netted twice when his side played against Isloch last week to secure the needed three points for slavia Mozyr.
The 22-year-old attacker shot his team into the lead four minutes after recess with a superb strike.
Dennis then completed his brace in the 72nd minute when he slotted the ball past the Isloch goalkeeper to ensure Slavia cruise to an impressive home win.
Even though he could not score and last full 90 in their final game due to injury, the striker was impressed with their victory.
‘’I played 75 minutes, had a knock and came off but we won 2-0 which is the most important thing.’’
Dennis Tetteh was determined to make history with their final game to draw the curtains down in the Belarus league but had to admit it was a difficult challenge.
‘’It was a tough game against Vitebsk but the win was important as well and now we’ve secured the 8th position to end the season and I’m excited.’’
However, Slavia Mozyr are now four points clear from safety after Tetteh’s splendid performance in their last two games following his brace against Isloch last Sunday before the 2-0 win against Vitebsk to finish 8th position in the Belarus top-flight. 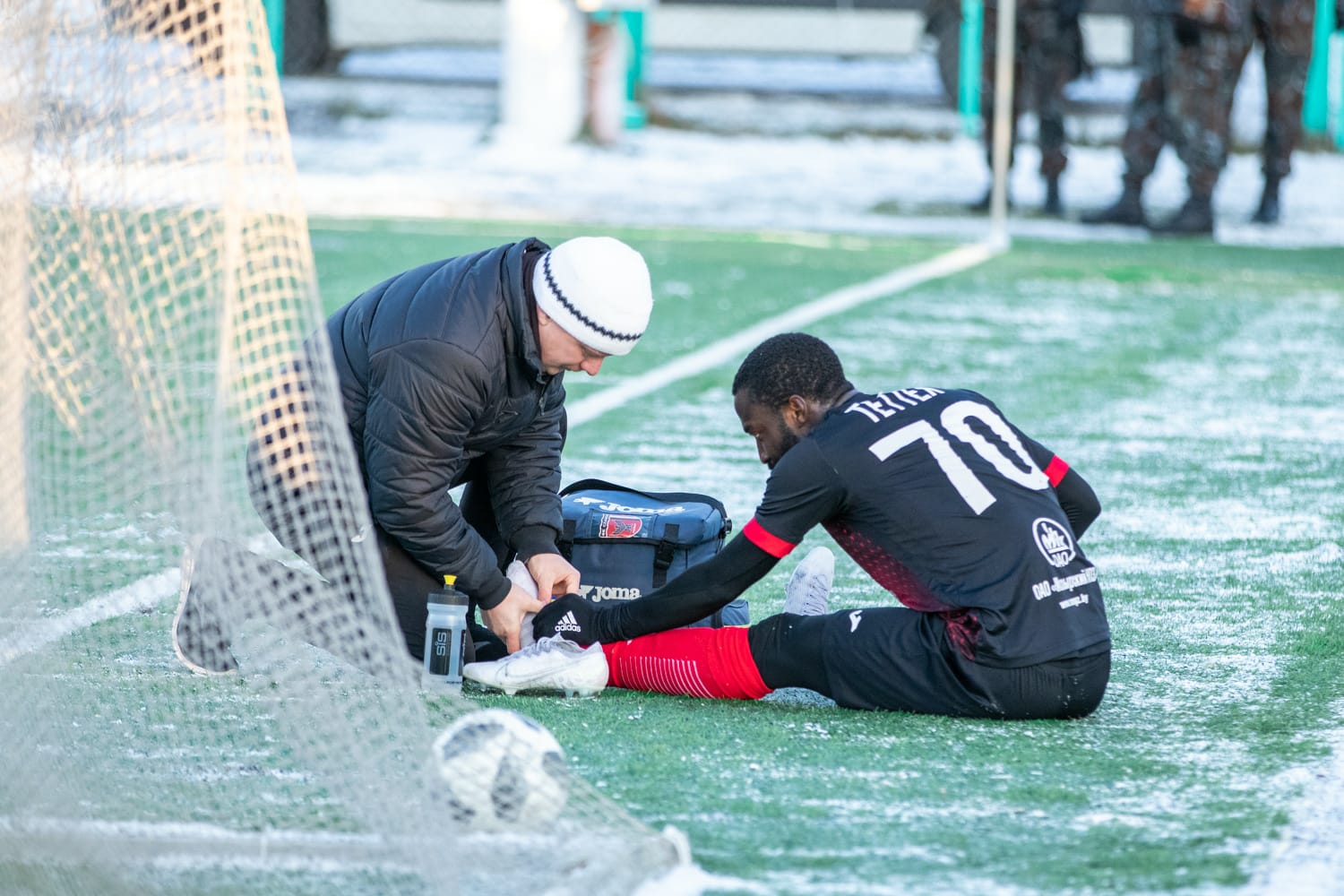 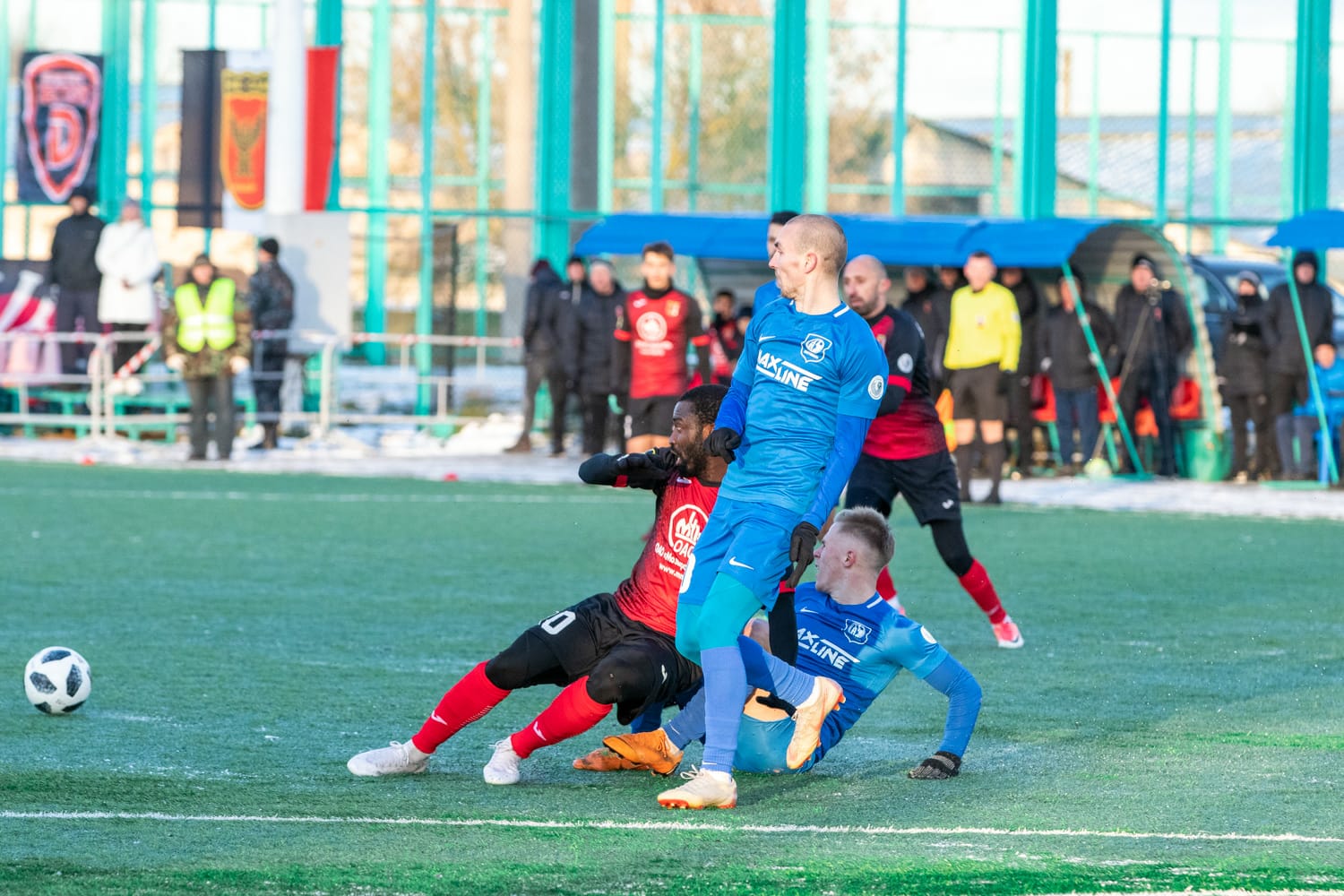