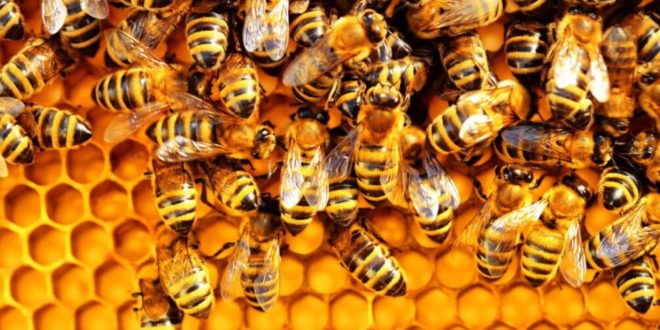 A Cashew Nut farmer Kwadwo Fordjuor has been stung to death by bees at Yabraso a town six miles away from Nsawkaw in the Tain District.

The visually impaired man believed to be 74-years-old was attacked while he went nut picking with his teenaged son.

Disclosing the details to Ultimate News, assembly member of the Yabraso electoral area Yakubu Wudah Zackaria recounted that the teenage son who accompanied the deceased raised the alarm after escaping to inform other farmers.

He said the town folk had to get some agrochemical products to move to the farm after all the farmers in the area who tried to go close were met by the charged bees.

The aged man was, however, unable to survive the severe multiple stinging after he was finally rushed to the Tain Government Hospital.

He told reporter Ivan Heathcote – Fumador, “The man had stingers all over his back and face after apparently taking off his shirt to whisk off the swarm. He was beaten so much that he was weak when we finally managed to pick him up.”

Yakubu Wudah Zackaria, however, complained that access to prompt health care in Yabraso had become a challenge as a CHPS compound which was completed in the town as far back as the year 2015 had not been commissioned and staffed to operate.

He was of the belief that the victim could have had a higher chance of surviving if he received some first aid early enough before transporting him to the Tain Government Hospital where he died.