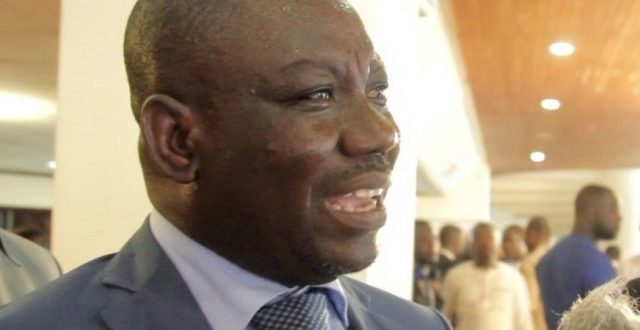 Isaac Adongo has said the decision by the Akufo-Addo government to slash the cost of import duties will be the undoing of the administration.

He said the move, as announced by Vice President Mahamudu Bawumia at the government’s Town Hall meeting Wednesday, is reminiscent of the first budget introduced by the NPP government when they won power after the 2016 polls.

Delivering a counter speech in Accra Thursday, the Bolgatanga Central MP said he was surprised when the announcement of cuts in import duties was announced by the Vice President.

“As I listened to the Vice President yesterday with the importers  jubilating after the announcement  just like the first budget that was brought to parliament when they won power, I said to myself this is the second deceit that a will hang the NPP forever,” he said.

Speaking at the Town Hall meeting, Dr. Bawumia said available data shows that traffic at the Lome habour has increased by some 300% percent between 2013 and 2018 while Ghana saw just a little over 4% increment within the same period.

“To reduce the incidence of smuggling, the benchmark volume of imports will be reduced by 50%. However for vehicles the reduction will be 30%. This will be effective from tomorrow. We are doing this because we expect that we will see higher volumes coming into Ghana and the we get higher revenue,” he said.

Taken a swipe at the NDC, the Vice President argued the Cedi depreciation has been better managed by the New Patriotic Party than the National Democratic Congress.

“Our worst is better than your best and you say ‘boot for boot’? This one is more like boot for chalewate,” Bawumia stated.