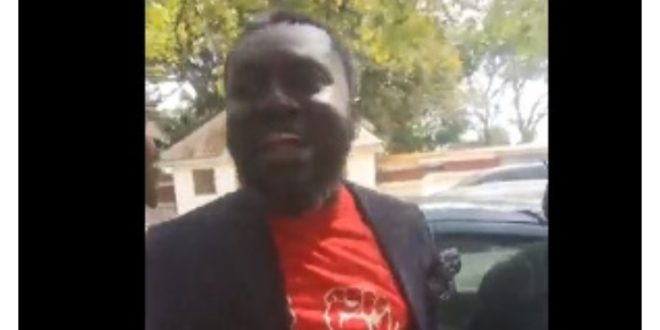 Pressure group, #FixTheCountry Movement sounded alarm bells over the arrest of one of their conveners, Oliver Barker-Vormawor on Friday, February 11.

According to the group, Mr. Barker-Vormawor was ‘abducted’ by state security when he touched down from the United Kingdom at the Kotoka International Airport

Confirming his arrest in a statement, the Police said the activist and lawyer had been arrested in connection with a threat to stage a coup if the E-levy is passed.

He was subsequently arraigned before the Ashaiman District Court on Monday, February 14, where he was slapped with a treason felony charge.

Attempts to get him a bail proved futile as the presiding judge at the District Court, Her Honour Eleanor Barnes said she does not have the jurisdiction to grant bail.

She urged the defence team to make the application at the High Court.

After a brush with the law and back and forth over bail, Mr. Barker-Vormawor was granted a GH₵2 million bail on Wednesday, March 16.

Notwithstanding the bail granted, he was to wait another 24-hours later to meet his bail conditions before being finally released on Thursday, March 17.

In his first post, Mr. Barker-Vormawor shared the emoji of a pair of eyes.

According to dictionary.com, the emoji pair of eyes is “mostly serves to draw attention to something the user wants to highlight, especially in situations that involve drama and interpersonal tension”.

At the time of filing this report, Mr. Barker-Vormawor’s post after 8 hours had generated ‘1.8K’ likes, 897 comments and 97 shares on Facebook. 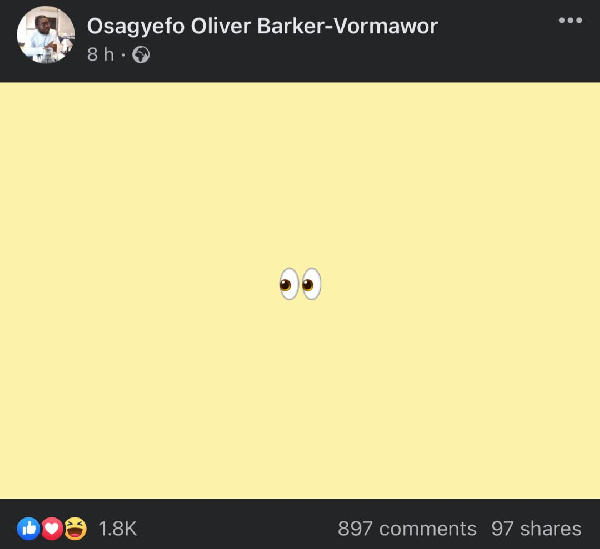