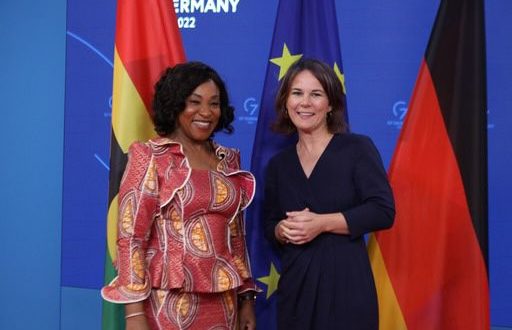 Madam Ayorkor Botchwey is in Berlin, Germany to participate as a Guest Speaker in a two-day Conference being held at the German Federal Foreign Office from 26th to 27th September, 2022, under the theme “Strengthening Democracy- Towards Resilient Institutions and Societies in the G7 and Africa”.

She seized the opportunity to hold a bilateral meeting with her German counterpart to discuss matters of mutual interest to both countries.

The two Ministers took the opportunity to review the current status of bilateral relations between the two countries and also touched on the current political and security situations in Europe and Africa, respectively.

Among other issues, they discussed the impacts of the triple ‘Cs’ namely, Climate Change, Covid-19 and Conflicts on the global economy.
The Ministers touched on the current political and security situation in the Sahel, notably, the overthrow of democratic governments in Mali, Burkina Faso and Guinea.

To this end, Madam Ayorkor Botchwey took the opportunity to brief her German counterpart on measures by ECOWAS to restore democratic governance in these three countries.

She informed her German counterpart of an impending visit by three ECOWAS Heads of State, in the coming weeks, to engage the transitional governments of the three countries (Mali, Burkina Faso and Guinea), to seeking concrete means by which the countries could be returned to constitutional rule.

Madam Ayorkor Botchwey further informed her German counterpart of the plans by the Government of Ghana to host the Accra Initiative Conference at the end of October, whose objective is to provide a platform for stakeholders to share information on possible solutions to curb the rising political unrest in the region and further avoid a spill over.

On her part, the German Federal Foreign Minister, Ms. Baerbock emphasized that Germany remained committed to maintaining its presence in the Sahel even in the face of current challenges.

The two Ministers affirmed their active participation in the upcoming COP27, to be held in Sharm el Sheikh, Egypt from 6th to 18th November, 2022.

Ghana’s foreign Minister underscored the importance of climate initiatives that would reap tangible benefits, especially in African countries as these countries remain the lowest emitters of greenhouse gases.

Ms. Baerbock intimated that Germany would continue to drive its ‘Climate Foreign Policy’ at the upcoming COP27 Conference and advocate for Industrialised countries to fulfill their promises to take further responsibility and action regarding the global climate crisis. 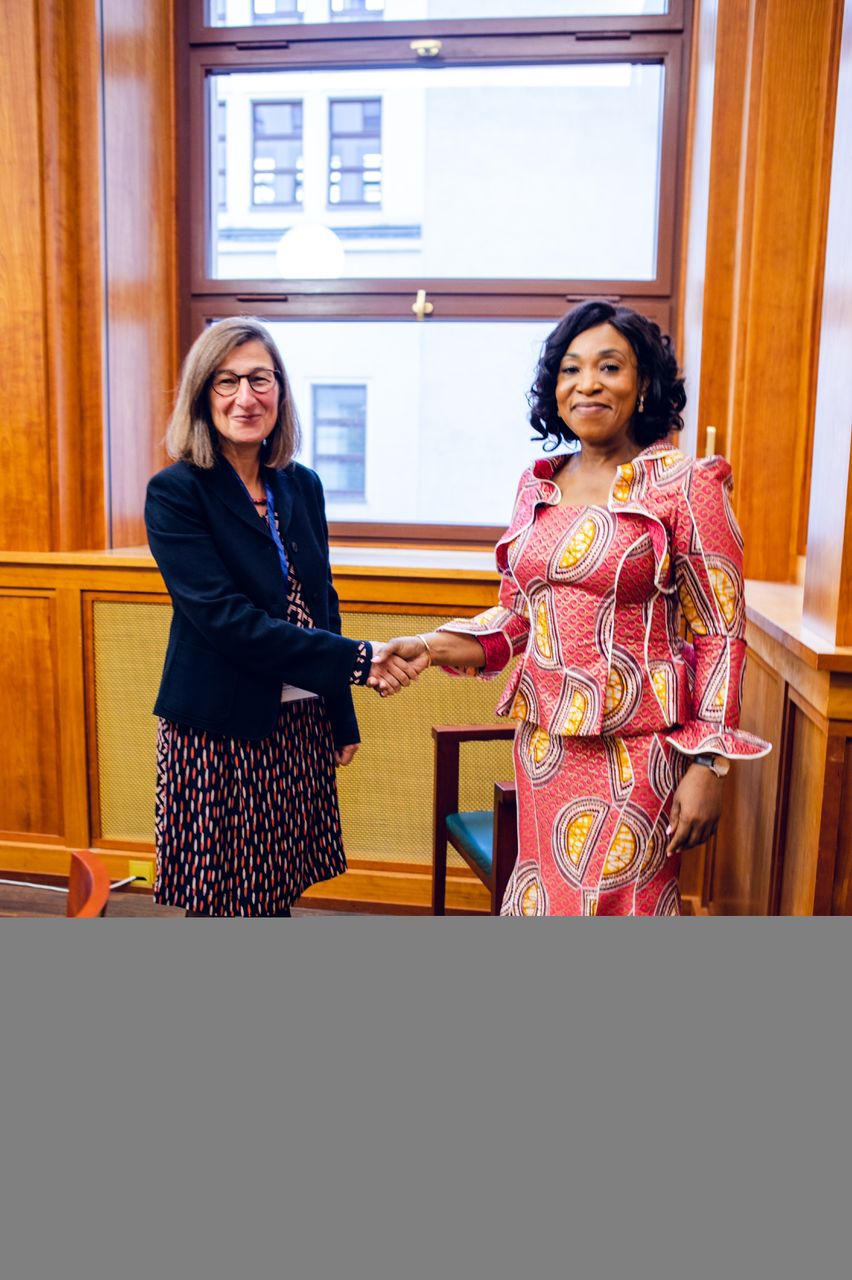 The Ghanaian Minister recalled the EU-AU Summit held in February 2022, which was attended by H.E. the President, Nana Addo Dankwa Akufo-Addo in Brussels, Belgium and stated that, Ghana remained committed to enhancing existing cooperation with the European Union (EU) on the promotion of peace and security in the Sahel.

She also highlighted the displacement of people as a consequence of the upsurge of terrorism in the subregion and noted that, the Accra Initiative would serve as a platform for such issues to be addressed.

On her part, Ms. Laranjinha indicated that the EU, in collaboration with its partners, was making significant strides in the region to address the issue of migration. She lauded Ghana for its leading role in the efforts to fight insecurity in the Sahel and stressed that, the EU would continue to offer the needed support towards the attainment of peace and security in the Region.