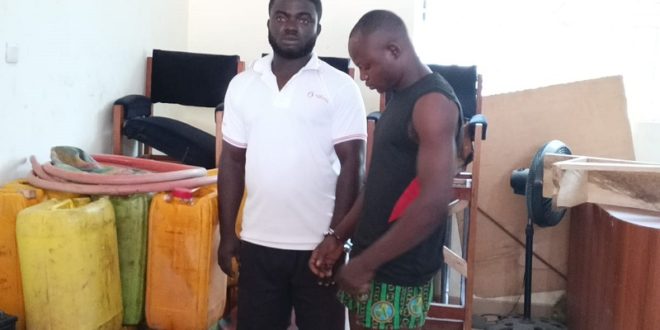 Two persons have been arrested by the Police in Awutu Bawjiase in the Central Region for siphoning 19 gallons of fuel from a telecommunications mast generator set.

The Suspects are Benard Alhassan Driver 32 years, Samuel Ofei 29 years, known as Melody while the main suspect Oko is at large.

A police source says, they had a distressed call from a supervisor at Awutu Bawjiase Methodist school that fuel in the generator have been siphoned by a group of people with a Hyundai H 100 GN 5904 -17.

According to the Awutu Bawjiase District Police Commander, Chief Superintendent Felicia Ayensu, police proceeded to the scene and arrested two of the suspects, Bernard Okyere Alhassan, driver of the car, and Samuel Ofei. 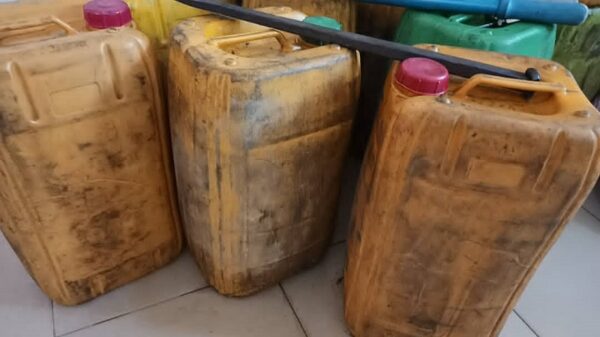 19 gallons of fuel were found in their car while the main suspect, Oko is on the run.

The suspects are currently being held at the Awutu Bawjiase District Police cell assisting police with an investigation.

According to the police, they will be arraigned before the law court soon.

Meanwhile, police and residents are on a manhunt for the suspect on the run.