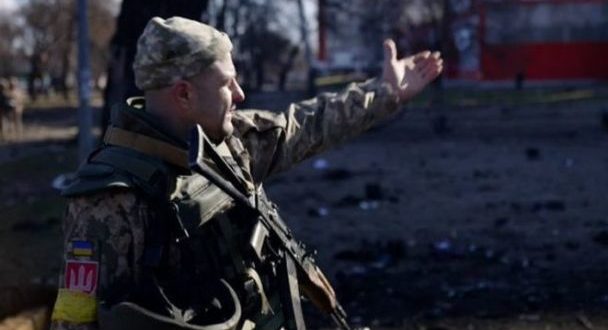 The General Secretary of the opposition National Democratic Congress (NDC) has warned Ghana against taking sides in the conflict between Russia and Ukraine.

Johnson Asiedu Nketia encouraged Ghana to maintain neutrality and refrain from making any statement that could jeopardise the country’s security and diplomatic relations.

According to him, Ghana is a friend to both countries and taking side will be suicidal on the part of Ghana.

“We are friends to both the Russians and the Ukrainians so it will be reckless on the part of government to take sides.

“So we should remain in the middle and if possible our government should ensure we remain neutral and not take any side,” he said.

Media reports indicate as of February 24, at least 352 civilians, including 14 children, have been killed since the Russian invasion began.

“Most Ghanaians want to import religious morality into international political morality and this has nothing to do with religion.

“If you kill 10 people in an attempt to stop them from killing 100 people is it politically moral and you have done no wrong?

“Political decision should be according to political principles,” he argued.