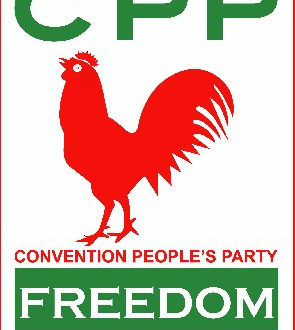 The Convention People’s Party, CPP has called on the government to put in place pragmatic measures to ensure that nation has full control of its resources, both human and material.

According to the party, Ghana has an utmost responsibility to lead in realizing the dream of our forebears to lead in making Africa free from foreign domination and exploitation in politically and economically.

In a statement signed by the Acting General Secretary of the party, James Kwabena Bomfeh Jnr and copied to thepressradio.com to commemorate African Union Day (AU) CPP stated that “in conveying this message of goodwill and commemoration, we wish to remind all Ghanaians particularly the Nana Addo Dankwa Akufo-Addo led government that Ghana has an utmost responsibility to lead in realizing the dream of our forebears”.

“As echoed at independence through the NEVER DYING words of the nation’s founder, Osagyefo Dr. Kwame Nkrumah, “the independence of Ghana is meaningless unless it is linked up with the total liberation of the African Continent.” Our independence must be made meaningful in the full realization of Africans taking commanding heights and control of our resources, both human and material.

“Ghana must lead in making Africa free. Africa must be free. Africans want our freedom, politically and economically”. The statement added.

The Convention People’s Party, CPP wishes the citizens of Ghana and Africa on the whole, a happy African Union Day. We do so recalling the pioneering role this nation played in bringing about the formation of the parent Organization for African Unity, OAU in 1963 in Ethiopia under the leadership of the nation’s founder.

“We urge the President to continue the efforts at pursuing the nation’s founding dream through tactical and cultural diplomacy bearing in mind that most of our differences were artificially engineered to subjugate and keep us divided. We must first, liberate our minds and consciousness to rise above the denials of our appalling realities and confront our past with optimism, determination and the unyielding spirit of NEVER AGAIN.”

Previous Sad as police arrest seamstress for trying to use mother of 3 for RITUALS
Next April producer inflation steadies at 7.1%