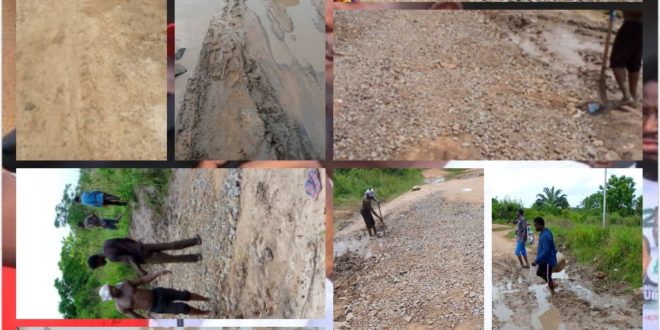 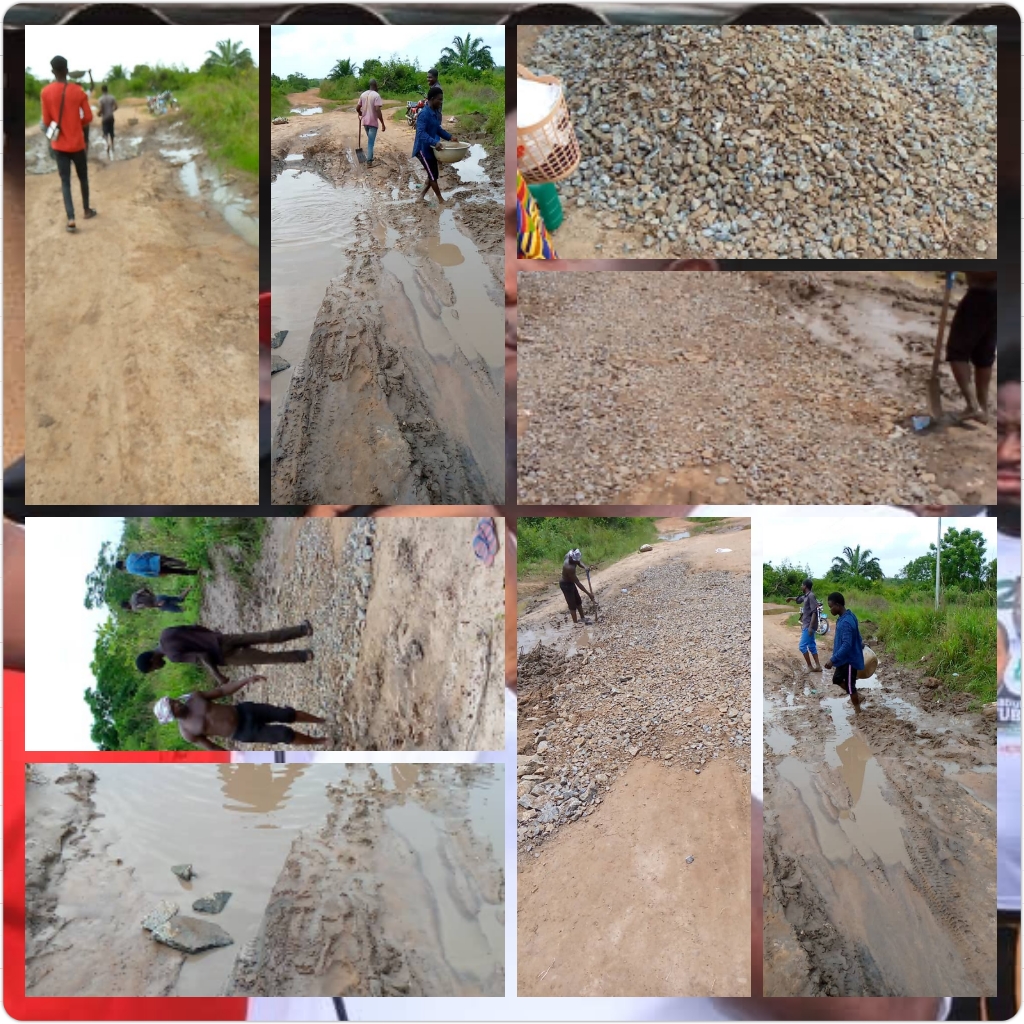 Assembly members for the Avevi Zemu and Agormor Agado Electoral areas in the Akatsi North District of the Volta Region, Hon. Cephas Weto and Hon. Anthony Sakatsi  respectively, have lamented over the deplorable road connecting Akatsi, Zemu to Agormor .

The duo Assembly Members  who described the road  as’ ‘extremely tragic shape” said the district will top in accident cases and deaths will soon be recorded if the the government fails to fix the road.

Speaking to the Akonews.com reporter on the ground, the worried Assembly members stated that, “It is affecting us so much to the extent that commercial activities have come to a standstill. Business Women and Farmers are unable to carry their farm produce to the market for sale, besides cars carrying passengers on the road charge outrageous fares looking at the nature of the road, avoidable accidents happen on the road every time because of the nature of the potholes, road users tried to dodge the potholes resulting in unnecessary accidents, motorists knocking down commuters and sometimes vehicles running into each other. We are therefore calling on the government through the Media and The Akatsi North District Assembly to come to our aid and the government to put pressure on the contractor to hasten work on the road the previous NDC Government Started”.

They made this appeal when the assembly member for Agormor Agado, Hon. Cephas Weto and Hon. Anthony Sakatsi organized communal labor to fill some deep potholes on the road linking the two District capitals.

We also want to call on the Hon. Member of Parliament for the area to add his voice so that work on the road will be done quickly ”

They urged the government to impress upon the contractor to hasten the construction of the road as it has been awarded on contract by the erstwhile Mahama’s Administration.

The Akufo-Addo government in its initial term labeled 2020 as the “year of Roads”, with the guarantee to leave on a forceful street improvement the Nation need.

Conveying his debut discourse after been confirmed to initiate his second residency in the office of the first gentleman of the land on January 7 this year, President Akufo-Addo promised to focus on street development in 2021 to guarantee that countless kilometers the Nation need are placed fit.

“Our streets are being built at a lot quicker speed than previously and yes I recognize that there are as yet a lot more kilometers to build.

They say due to the bad nature of the road they are unable to transport their farm produce to the market and they are also forced to pay monstrous fares for transport.