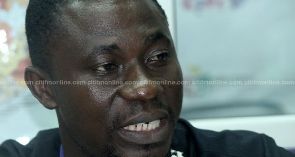 The Member of Parliament for Ashaiman, Ernest Norgbey, has sued the government for sole sourcing the $12.5 million medical deliveries via drone agreement to Fly Zipline Ghana Limited.

Fly Zipline has also been joined to the suit, sighted by Citi News.

The MP in his writ is seeking a declaration that “the Government of Ghana erred in using single sourcing method of procurement in engaging Fly Zipline Ghana Ltd for the implementation of Zipline RPAS for the delivery of blood products.”

One of Mr. Norgbey’s points of contention is that other options were not assessed before the government settled on Fly Zipline for the implementation of the project.

He further argues in the writ that the government “did not do due diligence or survey the market before embarking on single sourcing method of procurement.”

The MP maintains further that “the government has an obligation to do due diligence and survey the market to ascertain that a company [Fly Zipline] is the only supplier or service provider before using the single sourcing method of procurement.”

The $12.5 million contract is to enable the government to fly blood and other health essentials to deprived areas.

Fly Zipline launched a similar service in Rwanda in 2006 to improve public health delivery in that country.

When at full operations, Fly Zipline expects to be running over 150 flights per day from each of its four distribution centres.

The company has targeted the second quarter of 2019 to begin operations.

The first facility has been built at Omenako, a town in the Suhum municipality within the Eastern Region.

The company has already begun testing its equipment from its first distribution center.

The Minority Members of Parliament had earlier kicked against the approval of the agreement when it was tabled before Parliament.

Zipline’s drone delivery service is dedicated to expanding healthcare access and saving lives around the globe.

Per its modus operandi, Health workers will place orders by text message and receive their deliveries in 30 minutes on average.

Zipline’s drones both take off and land from its distribution centers, requiring no additional infrastructure at the clinics it serves.

Deliveries are made from the sky, with the drone descending to a safe height above the ground and air-dropping medicine by parachute to a designated spot at the health centers it serves.

The service will operate 24 hours a day, seven days a week. The Ghana Health Service has already selected 148 medical products to be stocked at Zipline’s four distribution centers nationwide.

Zipline will guarantee delivery of those products upon request to any of the thousands of health facilities served.

Zipline is an automated logistics company based in California. The company—which includes seasoned aerospace veterans from teams like SpaceX, Google, Boeing, and NASA—designs and operates an autonomous system for delivering lifesaving medicine to the world’s most difficult to reach places.

Zipline’s mission is to provide every human on Earth with instant access to vital medical supplies.