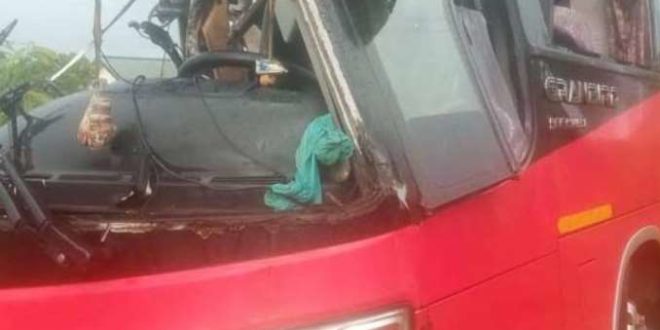 20-year-old first-year Home Economics student of the Asesewa Senior High School in the Eastern Region Monday dawn lost her life in a tragic motor accident at Mampong near Odumase-Krobo in the Lower Manya Krobo Municipality.

Batsa Florence Aku who was said to be sandwiched between the rider of the Royal motorbike with registration number, M-17-GR 1462, Tetteh Patrick Lawer, 20 and a female friend, Mabel Angmortekie, also 20, was confirmed dead on the spot while the two sustained various degrees of injury.

The rider and owner of the motor told police during preliminary investigations that an unidentified vehicle driving from the opposite direction veered off its lane into theirs and in an attempt to avoid a head-on collision with the on-coming vehicle, lost control of the motor and crashed in the process.

The deceased was said to have been thrown off the bike into a nearby shed, sustaining a deep cut in her neck inflicted by the iron sheds in the shed.

Lawer and Mabel also sustained severe injuries on the legs, head and other parts of their bodies and are said to be receiving treatment at the St. Martin’s De Porres Hospital at Agomanya with the latter said to be in critical condition.

The body of the deceased has been deposited at the mortuary of the same facility for preservation and autopsy.