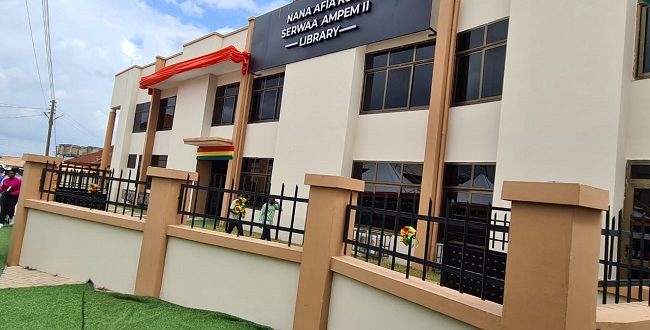 It was commissioned on Sunday, July 3, 2022, and it will serve as educational centre for the residents of Manhyia South constituency and its environs.

The facility is stocked with 10,000 books for both children and adults, a seating capacity of 200, 36 computers and a free Wi-Fi connectivity for users.

The ultra modern library is the 111th public library under the management of the Ghana Library Authority (GhLA) and 50th under President Nana Akufo Addo government.

The construction and furnishing of the library was made possible through the support of the Ghana Education Trust Fund (GETFUND) and the share of Member of Parliament of the District Assemblies Common Fund.

The Member of Parliament (MP) for Manhyia South constituency, Hon Dr Matthew Opoku Prempeh, is his speech said the naming of the facility after the late Asantehemaa was to honour her in her passion for education who contributed immensely in the formation of Otumfuo Education fund.

In following the footsteps of the late Asantehemaa, NAPO, as he is called in the political circles, stated that his passion for education pre-dates him becoming Minister for Education.

“I have always held the view that, it is through education that talents are shaped and the human resource of any country is consolidated,” the former Education Minister also said.

“It is for this reason that I found it not just necessary but highly expedient through the support of GETFUND and the District Assemblies Common Fund to get this Library facility, central to the development of education built in my constituency,” he added.

He urged all the young and old to take advantage of the important resource as they seek on a daily basis to broaden their horizons.

“I want to imbibe in our young ones here in Manhyia the spirit of reading. I believe the biggest legacy I can leave them as their Member of Parliament and developmental Agent, is to set them on a path for greatness through reading and thus, this library complex,” he stated.

NAPO, who is the Minister of Energy, handling over the facility to the Ghana Library Authority (GhLA), appealed the residents and the users to take good care of the facility.

The Executive Director of Ghana Library Authority (GhLA), Mr Hayford Siaw, commended the Manhyia South MP for his passion for education, which led to the constructing of the library.

“The building of this ultra modern facility comes as not a surprise to Ghanaians, we all know how NAPO raised the standard of education in the country as the sector minister. Though he is the Energy Minister, his passion for education is always at bear,” Mr Hayford added.

The short but impressive ceremony was graced by the management of Ministry of Education (MOE), Ghana Education Service (GES) led by the Director-General, Prof Kwasi Opoku Amankwa and Assembly Members.

Others include staff of Ghana Library Authority (GhLA), traditional rulers, political party leaders, students and residents in the community.

The one-storey building facility was named after the late 13th Asantehemaa of Ashanti Kingdom, Nana Afia Kobi Serwaa Apem II, who reigned from February 6, 1977 to November 15, 2016.

The late Asantehemaa was the mother of the current queenmother of Ashanti Kingdom, Nana Konadu Yiadom III. 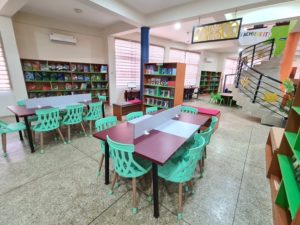 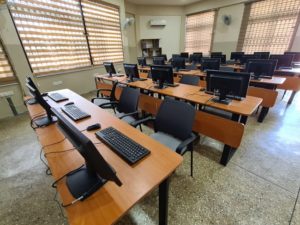 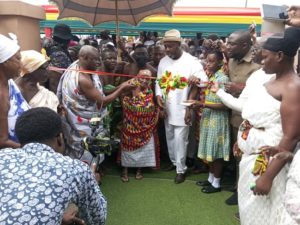