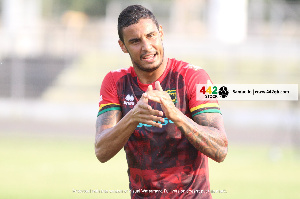 Earlier reports this week reported that the player was on the brink of dismissal from the club over several wild acts deemed unprofessional.

Confirmation came from Asante Kotoko coach Mariano Barreto later on Wednesday, June 2, 2021, in the aftermath of his side’s FA Cup win over BYFA.

Subsequently, the club has also issued a statement to officially communicate their decision to sever ties with the player mutually.

Vinicius according to Asante Kotoko has some pressing family and personal issues which need to be addressed imminently, hence the player’s request for a 3 month leave without salary. 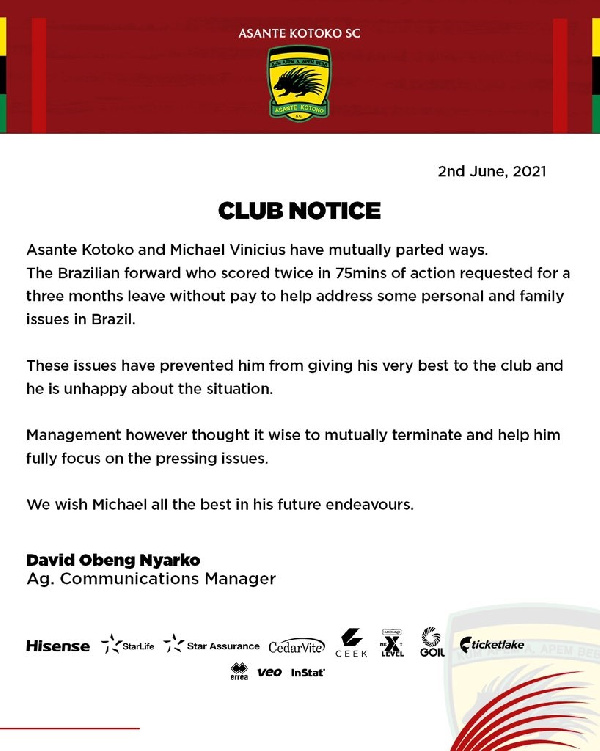