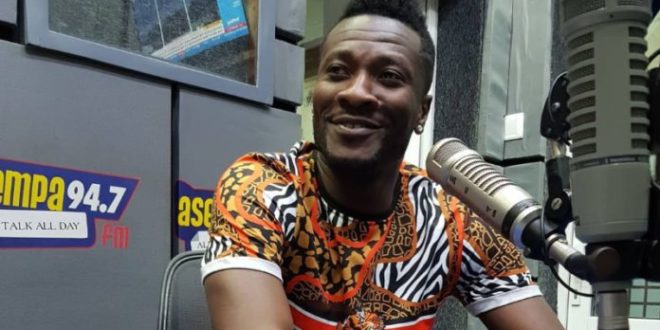 Asamoah Gyan named the best player he has played with

Ghana legend Asamoah Gyan has named former playmate, Michael Essien, as the best Ghanaian player he has played with at both club and country.

The 34-year-old played with Essien from 2003 to 2014 at the senior national football team of Ghana, the Black Stars.

Despite having played with several other fine players of their generation at both club and country, the former Sunderland striker says the former Chelsea and Real Madrid midfield kingpin is the best player he has ever played with.

“The best player I have ever played with is Michael Essien,” Gyan told Pulse Ghana in an interview.

Meanwhile, the former Ghana captain picked two other players after Essien in his list of three greats he has ever featured with.

“I always knew 98% that I would score when I played around Laryea Kingston and Sulley Muntari because they would always put the ball before you to score,” he added.

Essien, aside a successful career with the Black Stars had a fantastic club career with Lyon and Chelsea where he won several league titles and cup trophies both domestic and international including the UEFA Champions League.

Gyan played for many clubs outside the shores of Ghana such as Udinese, Rennes, Sunderland, Al Ain, Shanghai SIPG, Al Ahly but now plies his trade with NorthEast United in the Indian topflight league.