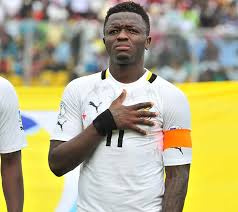 The only goalkeeper two twice be named African Footballer of the Year, N’Kono was between the sticks during Cameroon’s run to the World Cup quarters in 1990.

He twice reached the Africa Cup of Nations final with Cameroon—winning it in 1984—and is considered among the greatest African stoppers of all time.

One of the stars of the current Morocco team, Hakimi’s qualities going forward and his outstanding defensive work in the Atlas Lions’ backline have further underpinned his standing as one of the finest full-backs on the planet.

He’s not dazzled in this tournament quite as he did at the Africa Cup of Nations, but Hakimi is the second most consistent tackler in the competition—after only France’s Ibrahima Konate.

Pipping his teammate Nayef Aguerd or Ghana’s John Mensah to our Dream Team is Morocco’s Saiss.

He’s been magnificent at the World Cup, with his presence, leadership, courage and authority in the heart of the defence proving vital to the Atlas Lions’ run.

Saiss is continuing to prove that Wolverhampton Wanderers were perhaps premature in allowing him to depart the club for Besiktas this season.

Operated as a sweeper in the heart of Cameroon’s defence during the 1990 World Cup, and even became the first African player to score in a quarter-final when he netted from the spot against England in Naples.

He was an up-and-comer in the squad when the Black Stars reached the Last Eight, and hadn’t yet begun the most successful period of his year with Juventus.

Asamoah, originally a creative midfielder, was converted to a left-sided role and reached two Champions League finals with Juve. Injuries affected his career, but he nonetheless was part of six Serie A-winning sides.

Influential as Ghana held Australia and then defeated the USA to progress to the quarter-final against Uruguay, with Muntari netting in this infamous showdown.

The gritty, tenacious midfielder won the Champions League with Internazionale, also represented AC Milan, and was an FA Cup winner with Portsmouth.

An all-time great for the national side, injuries—specifically a knee problem—had dimmed Appiah’s impact by the time the 2010 tournament came around, but he was still a key figure in the squad.

The Tornado came on in three matches, and scored his penalty in the shootout defeat by Uruguay.

Despite his struggles at Chelsea—under both Thomas Tuchel and Graham Potter—Ziyech has been one of the show-stealers at the 2022 World Cup.

Alongside Sofiane Boufal, he’s ensured that Morocco retain an offensive threat and creative flair in the final third, while simultaneously helping the Lions maintain their defensive shape with their discipline and rigour.

The 29-year-old, now recalled to the squad after previously falling out with Vahid Halilhodzic, is thriving in his senior role in this side, with his performances reminiscent of his inspirational displays en route to taking Ajax to the Champions League semi-final in 2019.
He also represented Juventus and Fenerbahce.

The only representative in this squad from Senegal’s great side of the 2002 World Cup, Diouf was one of the stars of that campaign, and was influential as reigning champions France were defeated in the tournament opener.

Diouf was a two-time African Footballer of the Year, although despite early successes in his career, was unable to truly hit the heights at Liverpool.

One of Ghana’s heroes of 2010, and the all-time top African scorer in World Cup history, Gyan’s campaign in South Africa was of course overshadowed by his penalty miss against Uruguay.

Nonetheless, his winners against Serbia and the United States, as well as his goal against Australia, were critical in taking Ghana to the quarters.

The star of Cameroon’s 1990 generation, Milla was only included in the squad after President Paul Biya insisted on his return following an underwhelming Africa Cup of Nations campaign.

Then 38, he stepped into a super-sub role, netting doubles against Romania and Colombia while coming off the bench to register an assist and win a penalty in the quarter-final against England. His hip-shimmying corner flag Makossa celebration has become one of the defining images of Africa’s contribution to the World Cup.