Home / ENTERTAINMENT NEWS / SHOWBIZ KONKONSAH / As a responsible artiste, I gave birth to only 16 kids unlike others- KK Kabobo 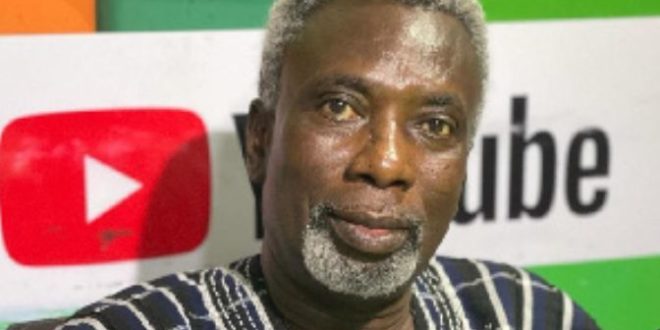 As a responsible artiste, I gave birth to only 16 kids unlike others- KK Kabobo

Share
Music legend KK Kabobo has said that unlike other musicians who have birth to huge number of children, he was moderate.

According to him, his colleagues in the music industry in their hey days scattered their children across the country with some giving birth to over twenty children.

But as responsible as he was, he gave birth to only 16 children.

KK Kabobo who was speaking on Accra-based OKAY FM said: “my children are not many as compared to other musician. I have just 16 children”.

The musician talking about Rap music indicated that he was rapping before Reggie Rockstone introduced the hiplife trend in Ghana which is now in vogue.

“I saw Reggie when he came. I was rapping before he came,” he told Abeiku Santana.

KK Kabobo is known for songs such as “Nobody Taa Nodo, Bo Mpae, Atenmuda” which were bigger hits in the 80s when he was a music superstar.