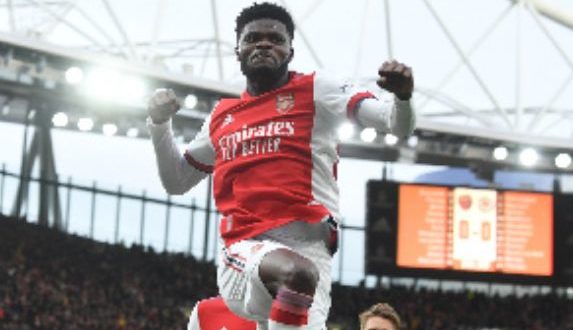 Share
Arsenal coach, Mikel Arteta has made Thomas Partey untouchable amidst transfer interest ahead of the summer window.

Partey is one of Arsenal’s most important signings since Mikel Arteta took over as manager in 2019.

The Ghana midfielder was on fire in 2022 before being sidelined by injuries.

So far, the club have done well in his absence, but they have missed the midfielder, and the team’s results would probably be better if he had continued to play.

His outstanding performances have not gone unnoticed, and several European clubs want to sign him in the summer.

According to Fichajes.net, Arteta has made him an untouchable member of his squad.

Since taking over as manager, the Spaniard has been overhauling the squad, and some players may leave the Emirates at the end of the season.

However, the report claims that Partey will not be one of them because he is an important player for Arsenal.