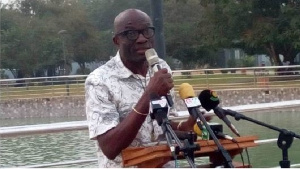 A camera belonging to a Ghanaian Times journalist, Kingsley E. Hope, remains confiscated after an encounter with two armed military officers in Kumasi.

The incident happened on Friday, April 17, at about 4:20 pm in Adum, Kumasi’s busiest enclave.

It comes days after another broadcast journalist with Kumasi-based Zuria FM was assaulted by a female soldier – when he was covering anti-Coronavirus lockdown around Akorem.

The two soldiers from the Fourth Infantry Battalion (4BN) accused the Ghanaian Times reporter, who was discharging his duties, of taking pictures of them around the Prempeh II High Street.

“Moments later, I suddenly heard a shout from behind me and when I turned, they were soldiers”, Hope, who denied the claim narrated to Dailymailgh.com.

According to the reporter, one of the officers – WO Owusu – snatched his device as he demanded the pictures be shown to them. He threatened to destroy the device.

“You are invading my territory”, Hope, who spoke in a telephone interview with Dailymailgh.com, quoted WO Owusu as saying. “If you don’t leave here I will push you away”.

Not even an engagement between the Public Relations Officer of the 4BN, one Captain Osei-Duah, could stop the angry soldiers.

A Senior Officer, whose attention was drawn to the report went to the scene but later discovered that the soldiers had left with their colleagues onboard a military truck.

Attempts by the journalist to get his camera yielded no results as he was turned away by the Military High Command to come the next day.

Many other reporters in Kumasi have expressed utter disappointment over the development. Some Ghanaian reporters have suffered similar attacks, especially at areas under lockdown in the wake of the COVID-19 pandemic.

There have been calls by organizations like the Media Foundation for West Africa to bring such errant officers to justice. 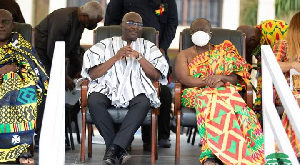 Another opportunity to portray culture in pome and pageantry as Vice President, Dr. Mahamadu Bawumia, …