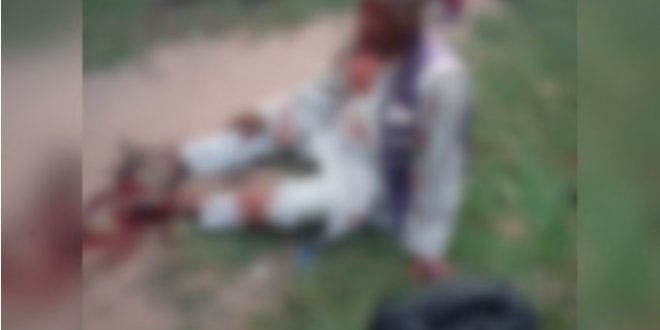 Four gunmen believed to be Fulani extraction have attacked a fuel station at Kubori in the Mamprugu Moaduri District of the North East Region.

The residents were able to pursue and overpowered one of the robbers who is seen in a video mentioning the names of the other three robbers who have managed to escape.

The three robbers are said to have bolted with unspecified amounts of money while one of them was apprehended by the residents.

The District Chief Executive, Abu Adams who is a native of the Kubori community has confirmed the incident to GhanawWeb but said that he is waiting for an official report from the police.

“The information is true that armed robbers attacked a fuel station in Kubori today. The residents apprehended one of the robbers but we are waiting for an official report from the police who have rushed to the scene,” Abu Adams said.

On Tuesday, May 17, 2022, in Walewale, a fuel station was also attacked by two gunmen who shot the CEO and bolted with an unspecified amount of money.