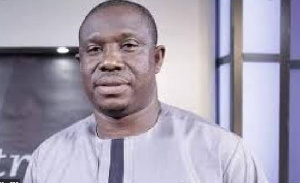 According to him, the Chiefs say the government did not come to a consensus with them on the decision, hence, forcing its (gov’t) will on them (Chiefs) on matters of the funeral ceremony.

George Loh indicated that the former President was also an Anlo Chief and because of this, the other Chiefs want to observe tradition and take him through their prescribed funeral rites before his burial.

“Former President Rawlings was installed as a Chief in Anlo and the traditional area also has rites they perform for Chiefs who pass on. The Chiefs in the area believe if the state conducts its funeral rites for him, they should also get the chance to do same and bury him. They are not happy at the way gov’t has bulldozed its way through the rites”, he revealed.

George Loh made this known in an interview with Samuel Eshun, host of the Happy Morning Show aired on e.TVGhana and Happy 98.9 FM”.

On his account, the Anlo side of the family of the late President and the National Democratic Congress (NDC) which he founded, are displeased with government not involving them in the planning of the funeral. “The government did not also consider the NDC fully in the funeral rites. J.J Rawlings is the soul of the party but we didn’t get the chance to contribute the way we wanted”.

The Anlo Traditional Council (ATC) says it is staying off the ongoing funeral ceremonies lined up for the late President Jerry John Rawlings because they were not invited.

The Council has however shared its intention to observe its own funeral ceremonies at a soon to be announced date.