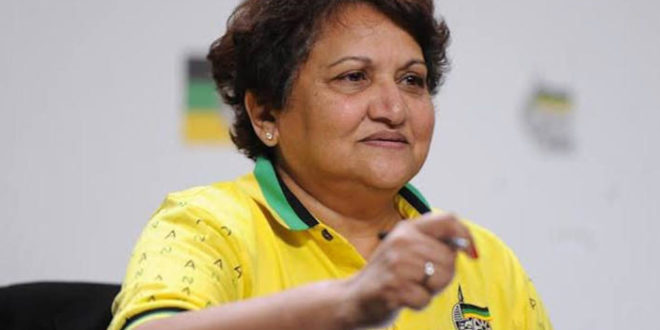 Duarte reportedly passed away in the early hours of Sunday, 17 July.

According to the ANC, Jessie Duarte was undergoing treatment for cancer and had been on medical leave since November 2021.

The party said the passing of Comrade Jessie is a great loss, not only to the  family, but to the democratic movement and the country as a whole. It added that as a committed internationalist and former diplomat, not only will be be mourned by South Africa, but by colleagues and comrades on the African continent and in the international progressive movement

Spokesperson Pule Mabe said Duarte dedicated her entire life to the struggle for a united and democratic South Africa. And as a committed gender activist she relentlessly championed the emancipation and empowerment of women.

“The ANC expressed its heartfelt condolences to the Duarte, Dangor and Whitley extended families, loved ones and friends. Duarte was both a tower of strength and matriarch and pillar to her family,” Mabe said.

Duarte will be buried on Sunday afternoon in Johannesburg in line with Muslim rites. She is survived by her children, grandchildren, siblings and extended family.

Duarte was the longest serving member of the ruling party’s national executive council (NEC), having been elected in 1999 under former president Thabo Mbeki’s administration.

She served as High Commissioner to Mozambique and has held various other positions such as national spokesperson and Chief Operations Officer in the Presidency. Before that, she served in the Gauteng provincial executive council from 1990 and in 1994, she was the province’s MEC of safety and security.

Her political history dates all the way back to the 1970’s where alongside struggle stalwart Albertina Sisulu, she helped establish ANC Women’s League structures throughout the country.