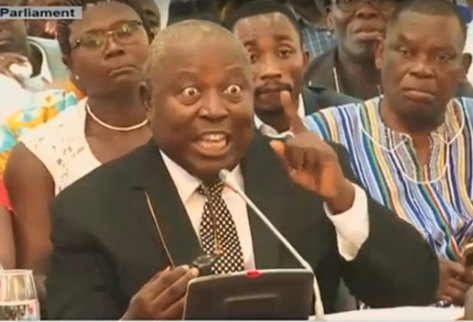 In a new article authored by the former Special Prosecutor and Attorney-General, Mr. Amidu published the names of the father, mother and two sisters of the controversial journalist to the public.

The information reportedly got to Amidu in his work as Special Prosecutor, finally confirming that Anas Aremeyaw Anas is not an adopted name but the name given at birth to the journalist.

Mr. Amidu accused Anas Aremeyaw of working as an undercover agent of the government.

“Anas Aremeyaw Anas, son of Anas Mahama and Mariama Damba, and brother of Karimatu Anas and Ummul Kulsum Anas is a Government undercover agent working covertly for this Government of Ghana since 11 September 2017”.

This comes after the journalist came under heavy criticism for announcing Galamsey Economy video featuring a Lawyer, a Chief and Minister Charles Adu-Boahen but failed to show the first two as advertised.

Many hundreds of patrons walked out of the Accra International Conference Center (AICC) on Monday night with disappointment and questions for Anas.

A week before the premiere of the Galamsey Economy Video, Tiger Eye PI announced what people should expect in the exposé but that was not what happened as the chief and lawyer were edited out.