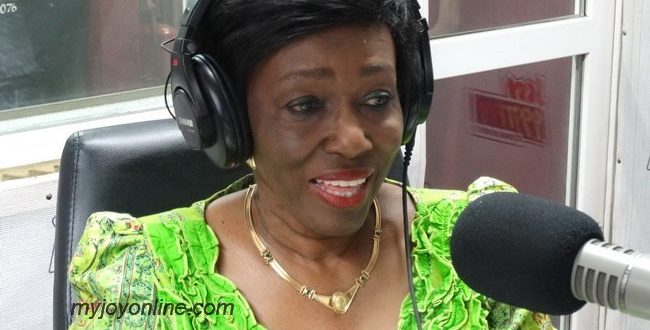 It is customary in Ghana to pay tribute to the departed by saying some words of praise and condolence. Therefore I convey to you the widow, the current president and the entire nation of mourners my humble condolences. If you have ever been told to look on the bright side of a bad situation, it can sometimes feel impossible, not to mention irritating when all you want to do is grieve, fume or sulk but remember that life is living to the best we can. Even on the darkest night, there is hope in the new dawn and you realise that you will get through this and you will survive it.

Sometimes we don’t know how to appreciate the things that we have until we lose them. Just like when in the times of darkness we realise that we miss the light. The untimely death of Jerry John Rawlings was a shock to all of us. Ghana has lost a formidable son. The ex-president was a unique character, never short of an opinion or words. He fought against corruption and he contributed to the stability of the country. His symbolic spirit of selflessness, love of the country and above all hope brought the country from the brink of total collapse to where we’re now.

My encounter with Jerry John Rawlings was during the PNDC era when I contacted him complaining about the Ghana high commission’s refusal to renew my passport because I challenged their corrupt practices. His intervention was immediate and the passport department in London contacted me and my passport was renewed. I am right in stating that this led to the cashless payment of passport and visa applications.

Jerry John Rawlings made Ghana attain heights of sacrifice which in that particular domain have never been equalled elsewhere. He demanded integrity, accountability and probity. History will be the judge of this period that Ghanaians have passed through. Of course, we do know that at the moment there is the darkness which is not so dark, certainly, because when we search into our hearts we still find the living flame which he lighted there, and if those living flames exist there will not be darkness as we shall be able without much effort to follow his path to illuminate this country again small as we are, but still with the fire that he instilled into us.

Great as Jerry John Rawlings was in his life, he has been greater in his death, and there is no shadow of a doubt that by his death he has served the great cause as he served it throughout his life. We mourn him. We shall always mourn him because we are human and cannot forget our valued leader, but I know that he would not like us to mourn him.

As Mahatma Gandhi of India once said,” in the midst of darkness the light persists,” and so the only way to mourn him is to express our determination, to pledge ourselves anew, to conduct ourselves and dedicate ourselves to the great task which he undertook and which he accomplished to such a large extent. Therefore let’s sacrifice and thus prove to some extent that at least we are worthy followers of his philosophy.

Jerry John Rawlings has gone, and in every part of the country, there’s a feeling of having been left desolate and forlorn. We all sense that feeling and we don’t know when we shall be able to get rid it. As Desmond Tutu of South Africa once said,” hope is being able to see that there is light despite all of the darkness.”And so together, there is also a feeling of proud thanksgiving that this generation has been given the opportunity to be associated with this great person.

For a brief moment, the light seemed to have gone out of our lives, yet his philosophies and example of his life live on in the minds and hearts of millions of men and women. Yes, the light is still shining and the heritage of Jerry John Rawlings speaks to us still. The light that has illuminated our country for the many years will illuminate our country for many more years and the world will see it and it will give solace to innumerable hearts. For that light represented the living truth reminding us of the right path, drawing us from error, taking our beloved country to prosperity.

As Confucius of China once said,” an oppressive government is more to be feared than a tiger “and so since the country has been delivered from an oppressive government we have nothing to fear. We have to behave like strong and determined people, determined to carry out the mandate that our great leader had given us, remembering always that if as I believe, his spirit looks upon us and sees us, nothing would displease his soul so much as to see that we have indulged in any small behaviour or any violence.

To quote Confucius,” Everything has its beauty but not everyone sees it “and so I can speak for myself but in the years to come people will think of this generation during the period this great man was around and will think of we who however small could also follow his path and probably follow his footsteps. Let us be worthy of him. May the soul of former President Jerry John Rawlings rest in peace and to quote the Akan language “Damirifa Due “.