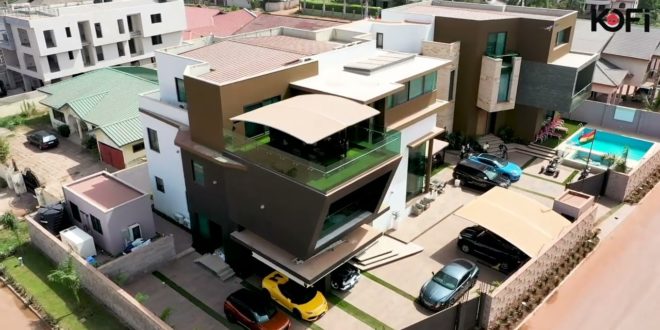 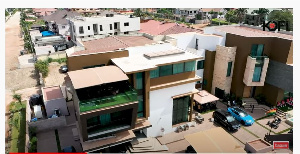 Founder and leader of the All Peoples Congress (APC), Dr Hassan Ayariga, is reported to be one of the richest men in Ghana.

Located somewhere in the city of Ghana’s capital, Accra, the flagbearer for the APC party describes his 10-bedroom mansion as a ‘presidential house.’

In the latest sneak peek video released by Kofi TV, the 2016 presidential candidate lives a life of luxury that most Ghanaians can only dream of.

In the video sighted by GhanaWeb, Dr Ayariga gave a much clearer details of his mansion. According to him, “It is a normal 10 bedroom house, 2 penthouses, it has a 30 seater cinema room, it has a gym, it has 4 separate kitchens, 2 balconies, 16 washrooms, walkway, barbershop, saloon for my wife, 2 boys quarters, 4 separate rooms for workers, 4 other toilets for visitors, classroom for my kids and 2 swimming pools.”

Not only that, when it comes to vehicles, GhanaWeb sighted Bentley, Toyota Landcruiser, Porsche, Lexus and three power bikes in his mansion.

It is reported that Dr Ayariga owns multiple businesses in Ghana and Germany where he lived for decades.

In 2016, Dr Ayariga is reported to have said he made his first million dollars at the age of 24 by importing second-hand electrical equipment and appliances to Ghana from Germany, and selling, as well as operating pizza restaurants in both Germany and Ghana.