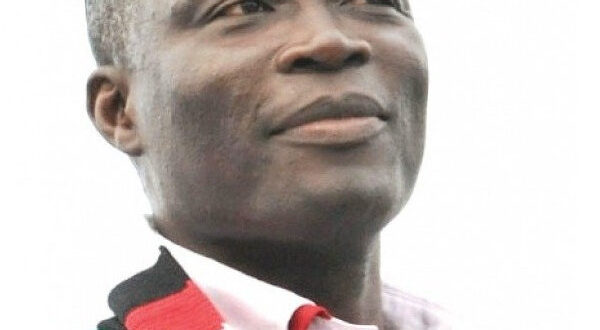 At the final rally of the NPP at Mantse Agbona in Accra on Saturday, December 5, 2020, President Akufo-Addo mistakenly mentioned Nii Lante Vanderpuye’s name while introducing Nii Lante Bannerman who is the NPP’s candidate for the constituency.

“In Odododiodio, if you are voting for me, then you are also voting for Nii Lante Vanderpuye”, the president said as he held the hand of Nii Lante Bannerman.

Having been notified that he had caused a blunder, President Akufo-Addo quickly mentioned Nii Lante Bannerman. Amid laughter, he apologized and urged the people to pick Bannerman over Vanderpuye.

“I didn’t speak well at all. I have a made mistake. What am I going to do with Nii Lante Vanderpuye? I meant Nii Lante Bannerman and I want you all to vote him”, Nana Akufo-Addo said as the crowd cheered and applauded.

In an exclusive interview with GhanaWeb, Nii Lante Vanderopuye sarcastically expressed gratitude to President Akufo-Addo for endorsing him.

He said that President did not commit a gaffe but was rather acting on the dictates of God who wants the people of Odododiodio to maintain him as their MP.

“I want to express my appreciation to the soon to be former president Nana Akufo-Addo for endorsing me as the best person to vote for in the Odododiodio constituency. I am grateful and I thank him for doing what is right and what is good for the people”.

“I have always believed that my God works for me. The president did not make a mistake, God put those words into his mouth. It will be strange for the president not to know the name of the parliamentary candidate because the president is always briefed before he makes his speech. God conflicted him on those words. After he said those words, he achieved God’s purpose. When he was correcting himself he was in the physical realm but at the time he was making the statement, the spirit of the Lord had entered him to make God’s own pronouncement”.

Nii Lante Vanderpuye also admonished Ghanaians to vote for John Dramani Mahama as he is the person ordained to deliver the country from the shackles of the NPP government.

“I wish he told all Ghanaians to vote for John Mahama, the best person to be president of Ghana from 2021 to 2025. John Mahama has what it takes to reshape and redefine and revive the socio-economic activities of the country”.