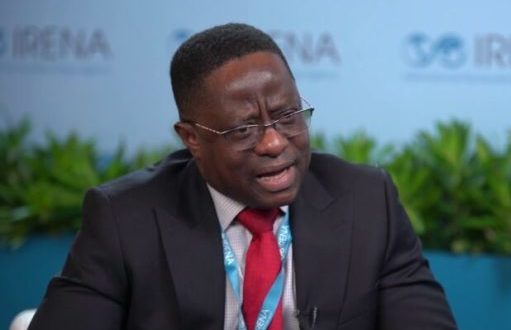 Some digging by Whatsup News has uncovered a string of controversial dealings of Angela List, the powerful woman at the centre of the reported adulterous affair with John Peter Amewu, the Minister of Railways.

Mrs. List whose husband Paul Edward List had confronted Peter Amewu for virtually snatching his wife, has featured prominently in contentious mining deals in Ghana and Liberia, with reports that she may be intimately involved with Liberian President George Manneh Weah.

Angela is Executive Director of the BCM Group, in charge of Finance and Administration. Prior to this, she was a member of the KPMG Ghana Limited audit team, where she successfully carried out audits of major Ghanaian companies, multinational corporations and international banks. With the BCM Group, Angela has successfully expanded its activities into West and East Africa and Central Asia, to become one of Africa’s largest private contract miners.

However, in 2018 Liberian media did some deep diving to uncover the suspicious relationship Mrs. List has with Liberia’s president, revealing that was the factor that secured her those juicy contracts.

Most of which were sole-sourced to her, thereby circumventing transparency processes of the country.

Mrs. List’s relationship with the Liberian President has secured her mouth-watering mining and energy deals as well as a questionable right to two shops in Liberia’s Robert International Airport.

Mid-2018, Liberian publication FrontPageAfrica (FPA), reported findings of its investigations, saying it has uncovered “…Yet another attempt by the President to single-source a major investment opportunity to someone with whom he has close connections.”

“A previous FPA investigation detailed the massive influence List has on the Weah-led government,” FPA said in a report gleaned from its portal in 2018.

That year, Angela List was linked to several mining operations in Liberia and was the main engine driving a controversial plan by the CDC-led government to hire Turkish-owned Karpower Barge power to sell electricity to the Liberia Electricity Corporation.

The Weah administration was reportedly warned that signing the agreement with Karpower could trigger serious repercussions with the Millennium Challenge Corporation(MCC), the Norwegian government, the European Union, the World Bank and the German Development Bank.

List who was a special guest at President Weah’s inauguration, is also a close friend of Emmanuel Shaw, one of President Weah’s top economic advisors and that her company BCM Group had not done any mining or related operation before the arrival of the Weah-led CDC government but now, courtesy of her relationship with Mr. Weah, Angela List had secured a number of ongoing projects in Liberia, including Putu Iron Ore, Wologisi, Tawana Resources Cape Mount Project and the Hummingbird concession.

These projects were reportedly vetoed for List by the Liberian President.

Angela List owns some 30% shares in BCM and her husband Paul List maintains the majority shareholding of some 70%. But insiders tell Whatsup News that it was perhaps her view that she has single-handedly used her “influence” to achieve more for her husband’s company that may have made her reconsider her relationship with her husband of 22 years, making her an easy picking for John Peter Amewu.

Whatsup News has learnt that the reported sizzling love affair has practically caused Peter Amewu to spend all his productive hours as a minister in the office of Angela List.

Audio recordings obtained by Whatsup News recounts a confrontation between Peter Amewu and Paul List, where Paul List told the Ghanaian Minister of Railways that he was uncomfortable with the sheer length of time he [Amewu] spends with his wife.

Paul List said in the recordings that Peter Amewu frequents Angela List’s office almost every day and leave in the dead of the night. The office escapade is such that Mrs. List had virtually abandoned her family and two kids for her 75-year-old husband. Paul List laments how she does not come home early enough to cook for her children.

The confrontation had meanwhile, triggered a mafia-like operation by the National Security against Paul List in what Whatsup News gathered was influenced somehow by Mr. Amewu.

Shortly after Paul List’s encounter with Amewu, the Acting National Security Coordinator, Maj. General Adu Amanfo on March 23, 2021, listed 12 sensitive company records that Mr. List must submit to the National Security. This was shortly after Mr. Paul List had confronted Peter Amewu over his reported amorous affairs with his wife.

In his strange request which is traditionally under the purview of either the GRA or upon specific orders from the courts, Maj. General Amanfo gave Paul List five days to produce to the National Security documents such as all of the company’s contract documents, the company’s payroll records with a full list of all of its staff; tax records; audited accounts; debtors ledgers and suppliers records, etc.

The National Security claims BCM was evading tax hence the request. However, Whatsup News is gathering that the incursions made by the National Security are an attempt to wrest the company from the aging Paul List and hand it over to his wife, courtesy of Peter Amewu.

Paul List is an Australian who had lived in Ghana for almost 40 years and had naturalised as a Ghanaian. But suddenly, people close to Peter Amewu are threatening to chase him out of Ghana, Whatsup News investigations had gathered.

Before the National Security demand for the BCM boss to submit sensitive company documents, National Security operatives laid ambush for him at the Kotoka International Airport (KIA) on March 10, 2021, when he was returning from a business trip.

According to lawyers of Paul List, Robert Smith Law Group, in a March 11, 2021 letter written to the National Security Coordinator and copied to the Australian High Commission in Ghana, the BCM boss was immediately arrested without telling him his offence.

The operatives wrestled his laptop from him, even though he continuously warned them about the illegality of confiscating his business computer without any warrant or charge.

Paul List will later be bundled into a waiting unmarked vehicle and taken to the Blue Gate office of the security agency, where his lawyers said he was subjected to a gruelling bout of interrogations that lasted about four hours, an encounter that drove the blood pressure of the 75-year-old list through the roofs and requiring him to be admitted in a hospital.

The letter from his lawyers reads in part: “On our Client’s return to Ghana on 10th of March 2021 from a business trip, he was “arrested” at the Kotoka International Airport at around 9.00 pm by persons who introduced themselves as National Security Operatives. When the undersigned person spoke to the leader of the team, he introduced himself as Mr. Ivan Opoku and gave his telephone number as 0299000900.”

BCM, a mining and civil engineering company has been operating in the country for about 30 years now with a net worth of some US$250 million. Angry sources close to Paul List laments how the unbridled desires of a minister of state is driving such an important asset in the country into the woods with the arbitrary use of security agencies.

Meanwhile, in all the unfolding investigations around the controversial love affair, Mr. Amewu had refused to respond to Whatsup News’ request for his side of the story. In a text message to Mr. Amewu, Whatsup News wrote: “Good Afternoon sir… I am the Editor of Whatsup Newspaper. I want to talk to you about some allegations regarding you and Paul/Angela List and some National Security operations. I need to hear your side of the story to enable me have an informed appreciation of the matter.” The message was not acknowledged, including follow-up calls.