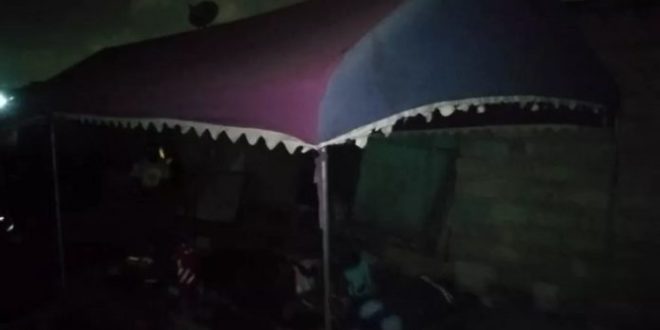 The Accra Metropolitan Authority (AMA) on Thursday provided five canopies to cover squatters at Old Fadama in Accra who have been compelled to sleep in the open after their makeshift home structures were demolished.

The squatters at the slum community were on Wednesday evening captured by Joy News cameras sleeping rough following the demolition exercise by the city authorities.

The photos of the squatters sleeping rough brought to the fore the veracity of a claim by the city authorities that temporary homes would be provided for the affected squatters.

The AMA demolished the makeshift homes of the squatters to pave way for planned dredging of the Korle Lagoon.

But some of the over 1,000 affected slum dwellers have abandoned the canopies.

They told Joy News’ Kwesi Parker Wilson that the canopies will not protect them against mosquitoes and the harsh weather conditions.