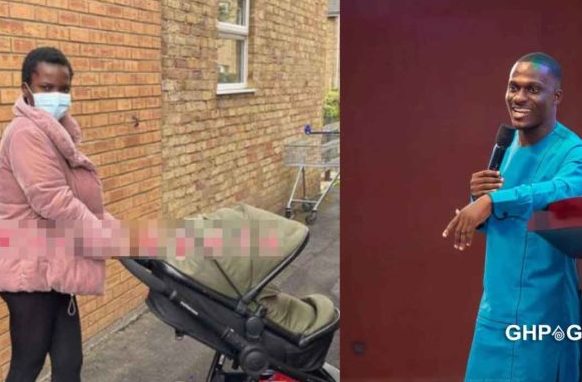 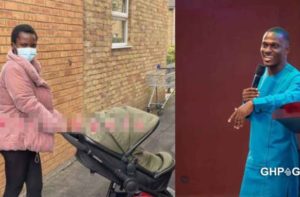 Amid the popular blogger’s baby-mama saga that is yet to die off comes another. It’s been alleged Zionfelix has a 3rd baby mama living abroad.

It seems there are more secrets to be unravelled concerning the number of baby mama’s Zion has so far.

The alleged 3rd baby mama is identified as Celestina Amoako Atta. The lady is currently based in the UK after reportedly giving birth for the blogger.

Photos of Zionfelix’s third baby mama is trending after videos and recent news about the delivery of his two baby mamas (Minalyn and Erica).

Instagram blogger, Mari Gyata revealed the identity of the lady by sharing a photo of her. These allegations are somehow unconfirmed.

Well, according to social media gossips who seem to have done some diggings around this said lady says Celestina hails from Kyebi in the Eastern Region.

It’s also claimed she was a Human Resource Assistant at Ghana National Petroleum Corporation (GNPC) before leaving for the United Kingdom.

Previous ‘Chale Wote’ organizers describe their arrest as strange, unnecessary
Next His mother advised him not to look after our son – Akuapem Poloo exposes baby daddy