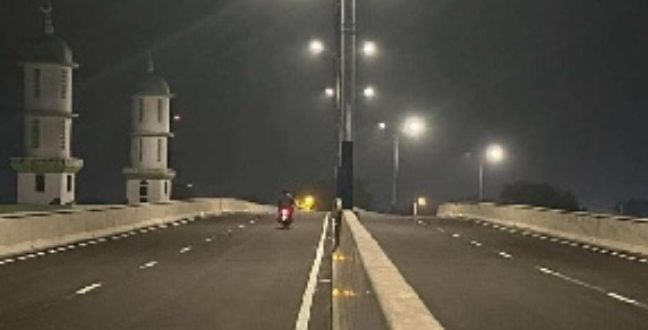 All you need to know about the first-ever Tamale Interchange

The Northern Region is benefiting from the $2 billion dollar loan and a grant from the Chinese government meant to develop the country which was used to construct the interchange in the ancient town of Tamale.

The project is one of the promises of the Akufo-Addo led government under the Master Project Support Agreement (MPSA) between the Government of Ghana (GOG) and the $2 billion Sinohydro Corporation Company of China.

The Tamale interchange is about one kilometre long and links the Kumasi road through the Point 7 road, the Central Taxi Rank, Central Market intersection with the Melcom Road and Bolgatanga Road.

Under the completed project the existing road between the Central Mosque and the Taxi Rank which used to be a two-lane 6.5-metre road upgraded to a two-lane 14m interchange on the second tier with a slip road of five metres on the ground level, thereby significantly improving the capacity of the road.

The roundabout at the Central Mosque had a roadway width of six metres and a diameter of 22 metres and it had been designed to the ministry’s standards.