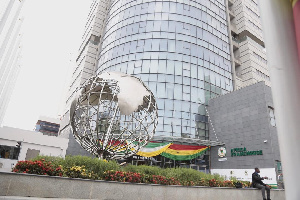 All is set for 2020 GITFiC Conference on AfCFTA

He said the two day conference slated 27th and 28th of October in Accra, would be on the theme:”Optimizing AfCFTA for Africans, the role of logistics infrastructure.”

He said the conference, which was the fourth since its inception, would focus on the implementation of the (AfCFTA) agreement which would take effect from January 2021.

The CEO said the first day of the conference would host the CEO’s Panel which would discuss the topic, “Igniting industries preparedness to fully exploit the benefits of AfCFTA whilst protecting industries in Ghana against competition, dumping, among others; the role of AGI, GITC, Ghana Institute of Freight Forwarders (GIFF) and GFZA”.

He said the day would also look at the agreements, the disagreements of AFCFTA, among others. It would also consider what the most challenging point throughout the negotiations was, whether it was addressed, and how it was addressed. It would also examine the role of “Ports, Customs, Business Executives and our various Chambers of Commerce in a successful implementation of AfCFTA.”

Sponsors for the programme include Agricultural Development Bank (adb)and GFZA. This year’s conference is in partnership with the Accra Metropolitan Assembly (AMA), and Association of Ghana Industries.