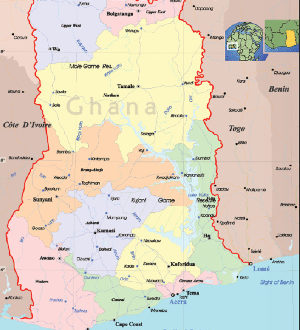 All about the first tribe to settle in Ghana 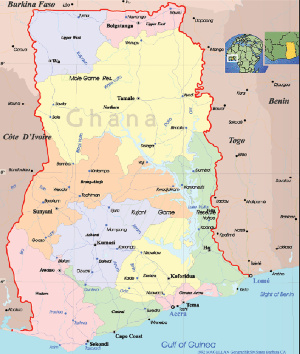 They are said to be the first settlers in Ghana but interestingly do not have a specific area apportioned to them.

They are found in virtually every region in Ghana. They are sometimes called the Gonjas or Guangs but primarily speak the Guan language which is sometimes influenced by some major local languages in Ghana, depending on their location.

While some historians say that they migrated from the Mossi Region of modern Burkina around 1000 AD, others say Guans migrated from nowhere and therefore, this is their ancestral homeland.

Speaking on this edition of People & Places on GhanaWeb TV, a Senior Museums and Monuments Education Officer, Samuel Amegah Jnr. told Wonder Ami Hagan that though there’s historical evidence of the existence of people in the territory before the arrival of the Guans, the Guans are believed to have been the first of many Ghanaian tribes to have settled in modern-day Ghana.

“Per archaeological evidence in Ghana, it is estimated that at about 40,000 BC, there’s evidence of people who might have lived here in this present location called Ghana but historically what we know as the first people to have been here in this country are the Guans.

“Every other ethnic group migrated into this territory and met the Guans. The Guans are spread across the entire country. From the North, they form something similar to a question mark on the Ghana map.

“So from the North all the way through Volta North, through the Eastern Region and then comes to the Southern part of Ghana – that is the Coastal areas; so the Guans are scattered all over the country,” he said.

Being the most widespread tribe in Ghana, Guans are divided into many groups.
In the Eastern region Guans include; Anum, Boso, Larteh, Okere, and Kyerepong. Guans in the Volta Region include Buem, Nkonya, Likpe, Amedzofe, Vane etc. In the Central Region, we have the Efutu, Awutu and Senya and Bawjiase areas, whilst the Gonja people are in the north and part of Brong Ahafo, Bono and Ahafo.