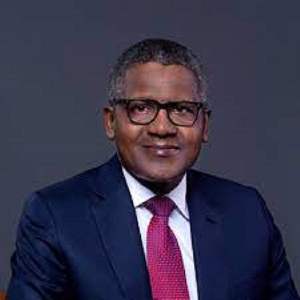 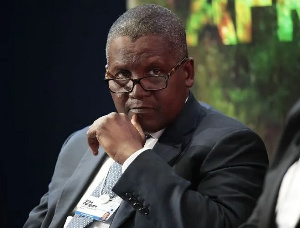 Aliko Dangote, Africa’s richest man, has seen his net worth fall by $200 million since the beginning of October, as a sustained decline in the valuation of his cement company, Dangote Cement Plc, continued to harm his net worth after printing billion-dollar gains in the first five months of 2022.

The recent drop in his wealth follows a $ 400 million decrease in his net worth in September as a result of a market-wide sell-off of shares on the Nigerian Exchange in response to the Central Bank of Nigeria’s monetary tightening policies.

According to the Bloomberg Billionaires Index, which tracks the fortunes of the world’s 500 wealthiest people, Dangote’s net worth has dropped by $200 million in the past 28 days, from $18.7 billion on Oct. 1 to $18.5 billion at the time of writing this report.

Dangote, Africa’s richest man and the world’s richest Black person, derives the majority of his wealth from his 86-percent stake in Dangote Cement, which is presently worth $8.13 billion.

An additional $5.15 billion of his wealth is linked to his closely held fertilizer plant, which has the capacity to produce up to 2.8 million tonnes of urea per year.

With the recent decline in Dangote’s net worth, his year-to-date wealth loss is now estimated to be $611 million, joining a long list of African billionaires such as Johann Rupert, Patrice Motsepe, Strive Masiyiwa, and Mohammed Al-Amoudi, whose wealth has declined noticeably since the start of the year.

The decline in his net worth since the year began can be attributed to the sustained decline in the shares of Dangote Cement, as investors continued to sell down stakes in the leading cement firm.

Dangote Cement is Africa’s largest cement manufacturer with a total capacity of 51.55 million tonnes of cement per year across ten countries.

The Obajana Cement Factory, which opened in 2008 and has a capacity of 16.25 million tonnes per annum across five lines, is the group’s flagship plant. The factory has 647 million tonnes of limestone reserves that are estimated to last 45 years and is supported by a fleet of 2,370 trucks.