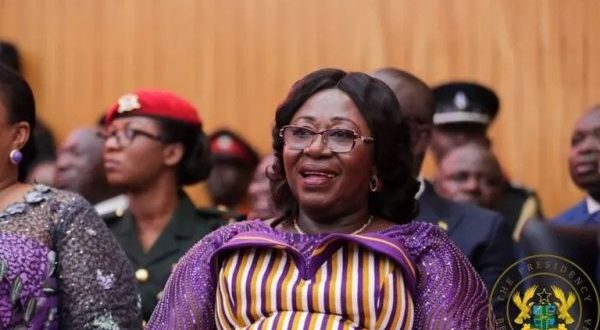 President Akufo-Addo has retained Akosua Frema Osei-Opare as his Chief of Staff at the Office of the President as he makes his first list of appointments for his second term office.

The President also retained Nana Asante Bediatuo as his Secretary in the batch of appointment released by the Presidency Tuesday.

Eugene Arhin also retained his position as Director of Communications at the Presidency. 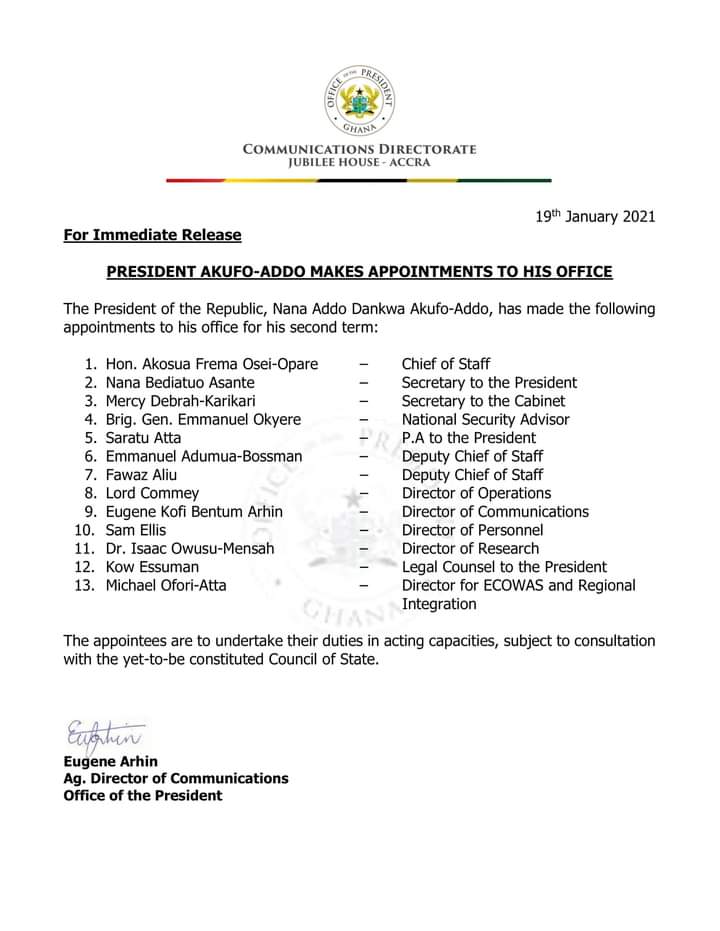 These category of appointments do not have to undergo parliamentary vetting but are to be done in consultation with the Council of State.