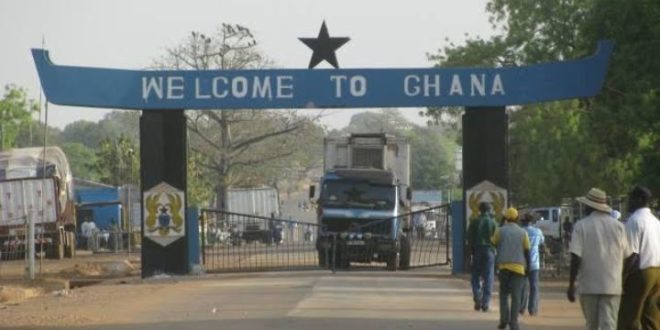 President Nana Addo Dankwa Akufo-Addo has announced that all land and sea borders have been opened.

This will allow for the flow of human traffic through neighbouring countries after they were closed in March 2020.

The decision was meant to be a measure to reduce the spread of the COVID-19 virus in the country.

Between the period and now, there have been three waves of the pandemic in Ghana.

However, the rate of infection has substantially slowed with active cases reduced with air borders already reopened.

“Citizens and foreign residents in Ghana, who are not fully vaccinated, will have to produce a negative 48-hour PCR test result, and will be offered vaccination on arrival,” President Nana Addo Dankwa Akufo-Addo said on Sunday, March 27 during his 28th televised address to the nation.

The Ghana Health Service had also urged the government to keep the country’s land borders closed as part of measures to ensure that the Omicron variant does not spread.

The border opening will therefore come as a respite for the many stakeholders who had lamented the negative impact the situation had on the economy of border communities.

Watch the President’s address below.