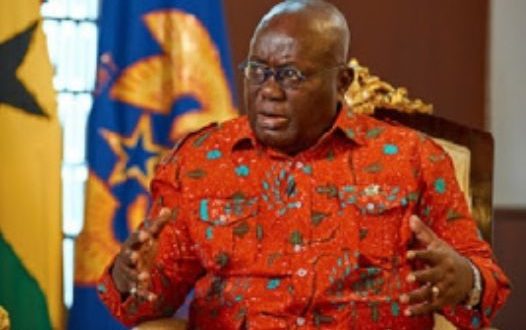 Pay your taxes, Akufo-Addo to Ghanaians

President Nana Addo Dakwa Akufo-Addo has noted that only 10% of the Ghanaian population pay taxes out of the 30.8 million people in the country.

According to him, the four Asian Tigers; namely South Korea, Taiwan, Singapore and Hong Kong that Ghanaians look up to in terms of development, embarked on their projects with revenues generated internally.

Speaking at the 65th Independence Day celebration held in Cape Coast on Sunday, March 6, 2022, President Nana Addo Dankwa Akufo-Addo said, “In our society, we have unfortunately not yet reached the stage of universal acceptance of taxation as a matter of public good…But truth be told, our tax-to-GDP ratio of 12.2 per cent compares unfavourably with our peers the world over.”

“Less than 10 per cent of the Ghanaian population, i.e., 2.4 million people, carry the direct tax burden of 30.8 million people…The Asian Tigers, who we envy and want to emulate, financed their rapid development from their own savings,” he stated.

He called on Ghanaians to be disciplined with the payment of taxes to aid the local economy bounce back to normal.