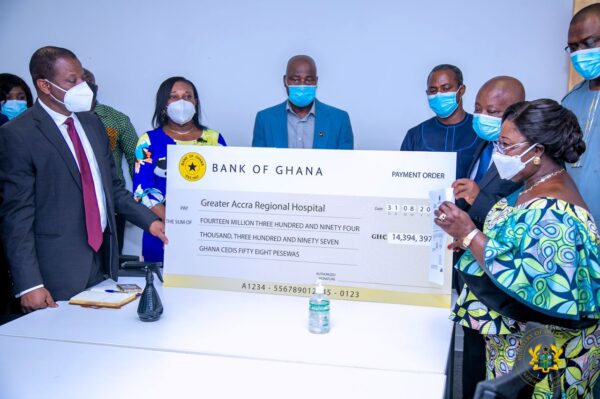 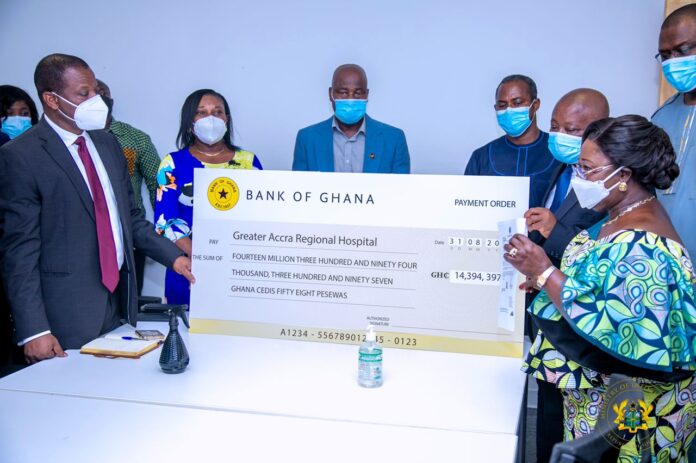 President Akufo-Addo has paid the full cost of the surgery of the conjoined twins at the Ridge Hospital in Accra.

The Chief of Staff, Akosua Frema Opare on Tuesday presented a cheque of Gc 14,394, 397.58 to the management of the Gt. Accra Regional Hospital(Ridge Hospital).

This follows concerns about the undue delay in the release of the cash as promised by the President.

The EIB Network on Thursday, 05, 2021 begun a public campaign to raise funds to support the surgery. The campaign which was led by the General Manager of the English Cluster of the media conglomerate Nana Aba Anamoah had already raised over GHC500,000.

Surgeons at the Ridge Hospital say it will cost a whopping GHC3,000,000 to separate the twins who are joined in the head to enable them to live independently.

They explain that this is the first time doctors in Ghana will be conducting such a specialized operation.

A Neurosurgeon at the Ridge Hospital, Dr Samuel Kaba Akoriyea has indicated that the operation will be done in various phases, adding that a minimum of 4 to 5 stages of surgery will be required.

He noted, “there is a bone defect because the brains are attached and you need to work on that. If we are able to separate them successfully, which we hope to, then we should have enough skin to cover up.”

Again, they have a lot of blood vessels that are now coming up and the more you wait, the more they get intertwined, and it becomes more difficult,” he added.

The phenomenon of twins conjoined at the head is said to occur once in every 2.5 million births.

The type of surgery to be performed is not common and it comes at a very high cost.

“The cost is quite expensive and very relative. When we did our search, this can cost between $1.5 million and 4.6 million dollars out there,” Dr. Kaba said.

About 60 percent of twins conjoined at the head, unfortunately, die in the womb and another 35% dies within 24 hours after birth leaving only 5% who survive until surgery.