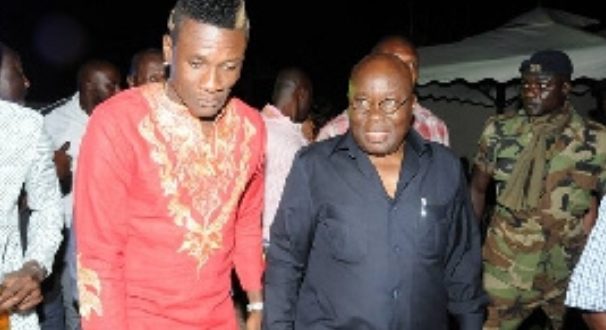 Share
Former Black Stars captain, Asamoah Gyan will officially outdoor his memoir in a star-studded ceremony in Accra on April 30.

The event is expected to take place at the Kempinski Hotel in Accra.

The book will contain a full, revealing, candid and detailed account of Gyan’s football career that took him from Ghana to Italy, France, England, the United Arab Emirates, China and India.

It will also look at Gyan’s time with the Black Stars and the 7 AFCON tournaments and three World Cup campaigns he experienced with the team and many untold tales in his journey as a footballer.

The details of the launch was stated in a press release put out by the event organisers, Kels Media Group and the Asamoah Gyan Foundation on Friday, February 25.

The launch is expected to be graced by the President of Ghana, HE Nana Addo Dankwa Akufo-Addo, and other personalities such as the Sports Minister, Mustapha Ussif, CAF boss, Patrice Motsepe, GFA president, Kurt Okraku and former footballers like Samuel Osei Kuffour, Tony Baffoe, Didier Drogba, Emmanuel Adebayor, Austin “Jay Jay” Okocha and many others.

Aside from the launch in Accra, similar events will be held in Kumasi, the United Arab Emirates and the United Kingdom.

Asamoah Gyan is the Black Stars’ second-highest scorer in the tournament, having netted eight times across seven AFCON competitions.