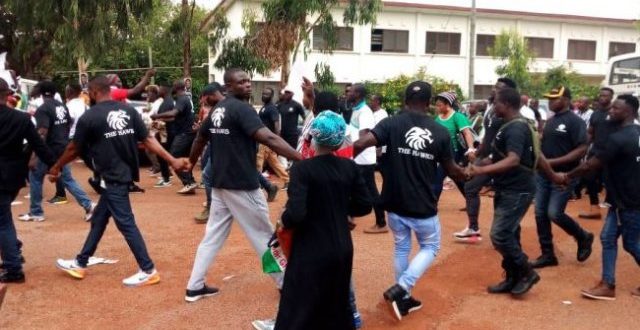 President Akufo-Addo has appealed to the leaders of the two main political parties, NPP and NDC to agree on acceptable ways to bring an end to the canker of vigilantism in this country.

According to him, the only way to deal with political violence is through the work of a commission of inquiry adding that he will personally initiate legislation if individual disbandment of vigilante groups is not feasible.

He said the time has come to put an end to the phenomenon of politically related violence.

“I want the NDC and NPP to meet and bring an end to political vigilantism in our country.

“What was tolerated over the years cannot and must not be accepted anymore. We must not take our peace and security for granted not for a moment. Our children and grandchildren will not forgive us if we were to compromise our peace and stability, I will not permit that to occur under my watch” he said.

The president’s comments are backed by ‘no boot for boot’ comments from members of the minority.

President Akufo Addo was speaking in Parliament Thursday, February 21, 2019, during the state of the Nations Address.

He said what was tolerated over the years cannot and must not be celebrated anymore, thus “we must not take our peace and stability for granted not in a single moment”.

He said our forebearers toiled with their blood to bequeath the peace we have in this country and we cannot take it for granted.

“Let us come together, shoulder to shoulder, hand to hand and let’s be guided by the works of our national anthem,” he said.