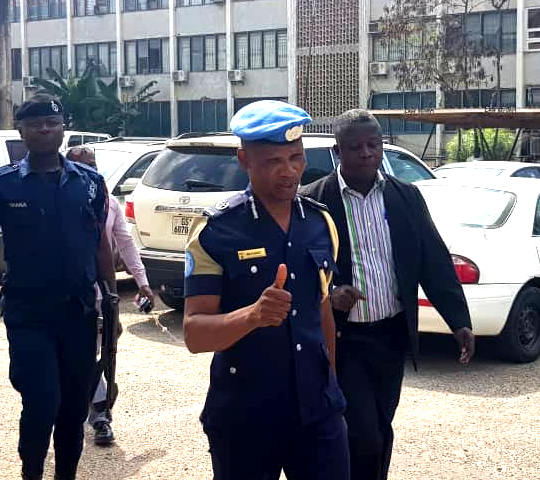 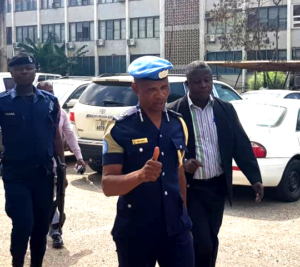 Assistant Commissioner of Police (ACP) Dr Benjamin Agordzo and his lawyers have served notice to appeal against the High Court’s dismissal of his suit against his interdiction from the Ghana Police Service.

The High Court in Accra on January 14, dismissed the application for Judicial Review in the nature of Mandamus to compel the Inspector General of Police (IGP) to reinstate him since no disciplinary proceedings has been opened against him as per the service regulations.

But, the applicant after obtaining a certified copy of the 20-paged ruling of the court presided over by Her Ladyship Justice Olivia Obeng Owusu, through his lawyer Martin Kpebu, indicated to EIB Network’s Court Correspondent Murtala Inusah that, they will appeal against the decision “within two weeks.”

The Senior Police Officer who has been interdicted for his alleged involvement in a coup plot sued the IGP following his interdiction on November 19, 2019.

But efforts to have it revoked have yielded no results.

Dr Agordzo, in his application said, the refusal of the IGP as per letter dated May 27, 2020, to acede to the demand made on him by the lawyers on April 23, 2020 to revoke the order of interdiction he imposed on him in 2019 is unlawful.

In his affidavit in support of the motion, he said his “continues interdiction is in breach of my right to administrative justice and due process.”

Dr Agordzo who has served in various capacities for over thirty (31) years and have risen through the ranks to the position of Assistant Commissioner of Police (ACP) per his affidavit in support of the motion, said, ” on November 8, 2019, “the 1st respondent herein in the lawful exercise of powers granted to him under Regulation 105 (1) of the Police Service Regulations, 2012(C176) imposed on me an interdiction order with immediate effect from the 8th day of November, 2019.”

Consequently, he said, his “salary was reduced by twenty-five (25%) and I was relieved of all duties as a police officer.”

The affidavit stated that, “after five (5) months of interdiction, I sought legal advice and was advised by counsel that 5-month old interdiction was unlawful because the 1st respondent was under obligation to revoke the interdiction after three (3) months if disciplinary proceedings were not instituted against me.”

Responding to the request to have him reinstated, the IGP through ACP Kwesi Boakye in a letter said, “the purpose for interdicting your client was due to his involvement in the criminal offence of Abement of Treason Felony which if proven, could to lead to imposition of a major penalty.”

“The nature of the offence renders it undesirable for your client to remain on duty while the case is pending, particularly so when assigning your client other duties will endanger the interest of the service,” the IGPs response to the interdiction added.

“That to respect and protect the right of presumption of innocence under Article 19(2)(c) of the 1992 Constitution and Regulation 97(2) of C.I.76, the IGP has been mandated to by Regulation 111 of C.I.76, to resort to the procedure under the Service jurisdictions (SI) 56 in dealing with officers accused of a criminal offence.

“That the interdiction of your client was based on the proedure provided under SI 34, which mandates IGP interdict an afficer in a criminal offence until the final determinatim of the case by the Court

“That since the criminal case to pending at the court, it would be prejudicial and contrary to Regulations 111 and 94(2) of C.I 76 as well as SI 56 to institute disciplinary proceedings against your when your client has not been convicted for any crime,” the IGP stated.

Portions of Justice Olivia Owusu’s 20 paged ruling stated that, when one considers the fact that the Applicant has been put before Court for Abement of treason felony, which is a charge of a grave nature, it would not be prudent to proceed with the disciplinary proceedings.

“In my opinion instituting disciplinary prendings against the applicant first may prejudice the defence of the Applicant in the crimmal case,” the court noted.

The court added that, “There is in my view, ample Justification on the part of the 1st Respondent (IGP) for refusing to revoke the Interdiction Order.”

Justice Owusu ruled that, “in light of the peculiar circumstances of this case, I am of the fervent view that this is not a fit and proper case for the grant of an Order of Mendamus.

“Consequently, the application will be and is hereby dismissed,” the court ruled.

Attached to the application was the Attorney General who is the principal legal advisor of the state.