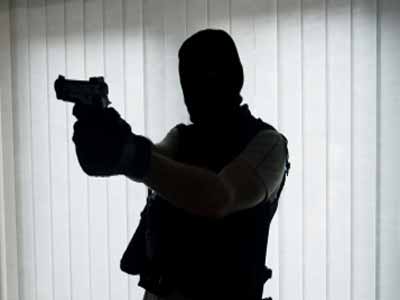 Some concerned residents of Afram Plains South District in the Eastern Region are to embark on a massive demonstration next week over rampant highway robberies in the area.

According to them, the highway robbery menace has created panic among commuters particularly traders affecting the local economy as many traders are reluctant to come to the District. They added that “the effects on farmers, traders, and the whole of Afram Plains cannot be underrated sometimes lives are lost”.

The residents are demanding the immediate interdiction, investigation and subsequent prosecution of a Police Officer stationed at Kwahu -Tease Police Post area they say is the mastermind of the robbery attacks. They alleged the officer supplies weapons and provides the robbers accurate information on commuters to aid their attack without being arrested.

They explained that on December 21, 2019, the robbers attacked one Mr.Seidu Sisala, a resident of Asukesi No.1 while heading towards Donkokro.  He managed to identify the robbers hence on January 2, 2020, with the help of the residents he arrested one of the suspects while in market to buy gari. The residents claim that to avert mob attack, the suspect appealed to the mob to allow him to call his boss and the Police officer was called on phone, and on the loudspeaker, he reprimanded the suspect for embarking on a robbery attack without his permission.

In a petition issued by the group and copied to the National Security Minister and the Inspector General of Police, they also called for “a broad-based investigations of the robbery issues since the way Police officers are being protected in situations like this has created a massive suspicion that there are other top officers in the service who are involved”.

They also demanded ” a fresh investigation into all Fulani herdsmen cases handled by the officer in question since there are heaps of allegations of always defending the herdsmen against farmers sometimes which bothers on criminality”.

Moro Inusah, one of the leaders of the aggrieved residents told Starr News, the implicated Police officer has hurriedly been transferred.

A driver narrated to Starr News that “I was attacked and beaten by the robbers on my way to Donkokrom and on my return, they met me again and robbed the passengers. We are suffering, the road is also bad. For me, if they construct the road we can even speed off when we see them”.

In August 2016, four persons suffered gunshot wounds whilst Police station and barracks at Donkokrom were torched together with a Police Vehicle by rampaging residents who accused the local police of being behind the numerous robbery attacks.

Their action was in protest against the escape of two policemen who were part of an armed robbery gang that attacked a bullion van and killed the driver.

The policemen – Abrokwah Kissi and Solomon Elvis Mensah also known as Fire, while the civilian accomplice is Dejimah Mohammed were rearrested and currently facing prosecution.

Previous Two mobile money fraudsters nearly lynched at Awutu Bereku
Next Even if you boil water put it on social media, it could be your breakthrough- Moesha advises girls